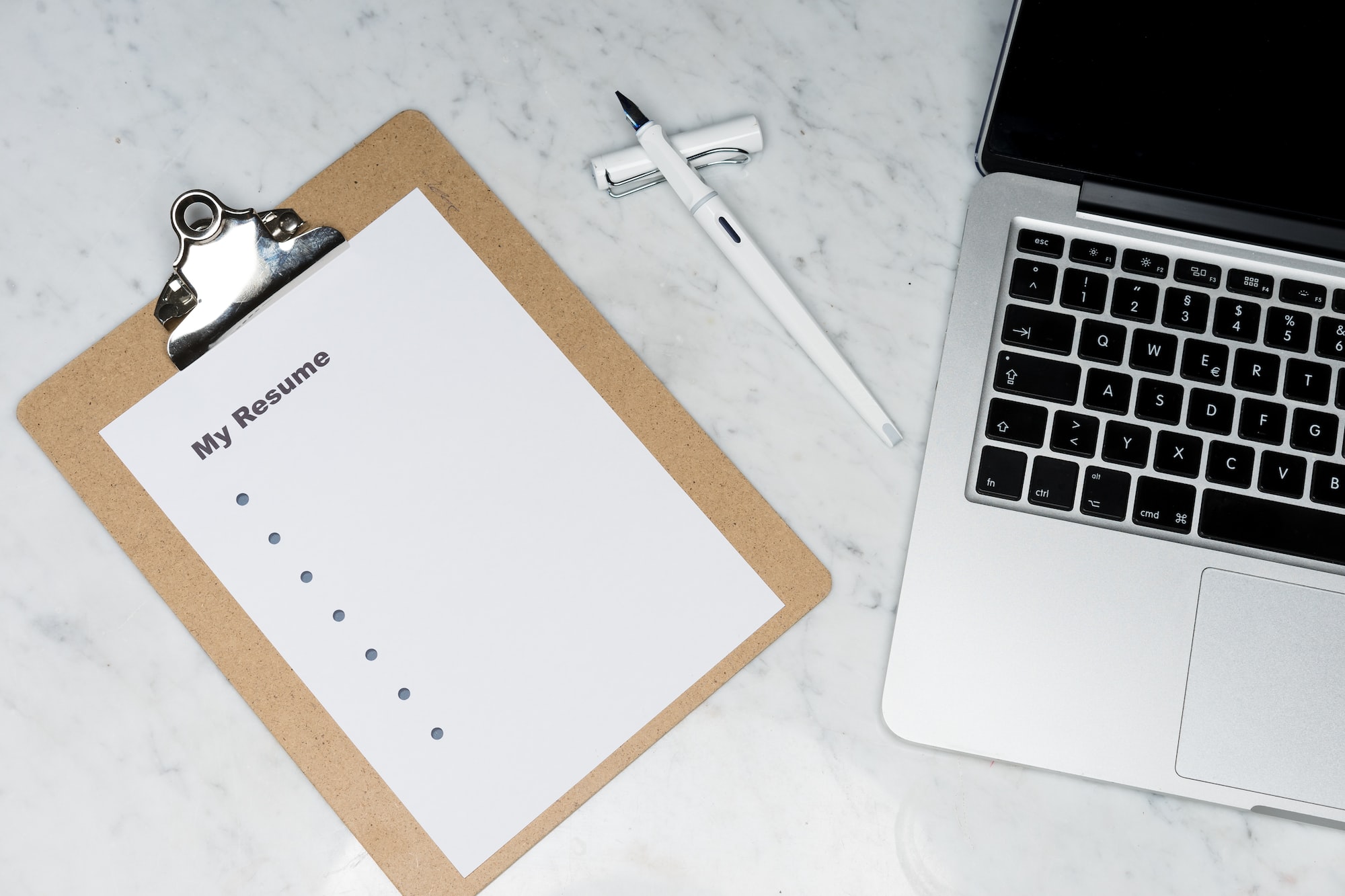 Résumés are hard. And most people are bad at them – which makes sense, because you probably only write or update your résumé every few years. It involves selling yourself and your skills – something most people struggle with.

On top of this, it’s difficult to figure out how to sort through all the advice on the internet in order to figure out which is the good advice.

Plus people rarely think that their résumé is the problem, even if they’ve been struggling to get interviews. They’ll often say something like “but I’ve had tons of people review it and they all say it’s okay!”

There are a couple of problems with this – first, you want your résumé to be better than okay – in order to stand out in an extremely competitive job market, it needs to be stellar.

Second, most people don’t know how to write a good résumé, and therefore they can’t help identify the problems with yours. Also, it’s often hard for reviewers to provide constructive criticism for fear of hurting someone’s feelings.

Finally, you really need someone who has a lot of experience hiring or recruiting in your specific field in order to receive accurate advice.

As someone who has reviewed a lot of résumés (good and bad), here’s the most important information you need to know about writing a résumé that will help land you a job. This applies whether you’re writing a résumé for the very first time, or re-writing it for the 100th.

Don’t create your own résumé format

If you do, you risk having your résumé be difficult to read or end up with formatting issues. There are tons of freely available résumé templates available, such as the ones here, here, and here. Use them.

When you write a résumé, you want the focus to be on your achievements, not how you’ve formatted them. You don’t need unusual formatting for your résumé to stick out (and you don’t want that to be the reason your résumé sticks out).

Good résumés will stick out because they showcase your exceptional achievements. Hiring managers (and HR) want to be able to easily understand your qualifications and achievements by skimming your résumé (which they’ll do in roughly 20 seconds). So make their lives easy.

Often hiring mangers and HR don’t use résumés as a way to decide whom to hire, but instead, whom they’re not interested in hiring. They may receive hundreds, if not thousands of résumés for a single position. They need a fast, easy way to sort through the résumés in order to decide who gets an interview.

Therefore, your job when crafting your résumé is not to give the reviewer any reason to toss your résumé aside.

List a phone number, email address, and if you have it, a link to your Github profile (a Github profile is a great way to show employers past projects, but it isn’t necessary!).

Don’t list other social media profiles, photos, or other personal details (family details, medical problems, and so on). An address isn’t necessary unless you have recently moved and are job hunting far from where your past experience is listed, in which case you may want to add a city and state.

What to leave out

Don’t include an ‘objective’, ‘profile’, ‘summary’ or ‘highlight’ section at the top of the résumé. Most of these simply repeat information found later in the résumé.

They’re typically unhelpful to the reviewer and ultimately a waste of space you can use for more valuable content.

This means that if you’re a recent college graduate, with little work experience, your education should come first. If your work experience is more relevant to the job you’re applying for (most people), place that first.

Education should be a line or two that states where you went to school and/or certifications/courses you’ve taken. You can include a line for relevant coursework, awards, or school projects below the education section, but it shouldn’t be more than a line or two.

Work experience should list the company which employed you, your job title, the dates worked, and a few bullet points about what you accomplished at the job.

You don’t have to include every job you’ve ever had, just the most relevant ones (though I would be sure to show a consistent track record of employment, as much as you can).

Make sure that your bullet points reflect achievements, not duties

This is the most important thing to do in a résumé – and the thing that separates good résumés from great ones.

Many people list the things that they’ve done at a job – for example “wrote code for x software”, “debugged y project in C++”, and so on.

Instead, you want to list what your accomplishment was, or how you performed job duties better than someone else would have in your position. You want the reader to understand what you were assigned to do, and how good you were at the job.

Ideally, you can demonstrate this via quantifiable results (like “reduced average help desk ticket response time by 25%”) with some type of measure or metric which demonstrates how well you performed your duties.

If that isn’t possible, you can still describe results (for example, “became the subject matter expert in Y”). This should be the most important part of your résumé – ensuring that your bullet points accurately describe the results you delivered in your role.

One formula you can use for this is to say “[action verb such as created, wrote, developed] [product], using [highlight the language or tool you’ve used], in order to achieve [result].” This helps you break down what your duties were, what skills you’ve gained from these duties, and what you were able to accomplish in this position.

Instead of including skills as a separate section, describe the tools you’ve used in your project (such as, created X using C++, or acted as administrator for Splunk).

In this way, you’ll still highlight the same skills, but you’ll also provide the potential employer with context, so they know how familiar you are with various tools.

There’s nothing more frustrating than someone listing a series of tools and skills without any context – as a potential employer I’m not sure if they used the tool or language once, or if they have near mastery and can complete complex tasks (and the definition of ‘complex’ can vary a lot from person to person). It makes my life much easier if I understand which projects you completed with this tool/language.

Don’t include subjective traits in your résumé

Things like ‘strong leader’, ‘team player’ or ‘critical thinker’ are things that a potential employer should be able to infer from your experience – not something you explicitly tell them.

In addition, because these are entirely subjective traits that most people will claim to have, the statements are essentially meaningless. Most employers will entirely disregard these types of assessments.

If you’ve worked hard on a website/game/project, even if it was not for work or school, those projects are great places to showcase your talents (particularly if they’re included in your Github, which you should include a link to).

If the project shows off skills which aren’t present in another area of your résumé, list them!

Include other relevant experience

If you have limited experience in your chosen field, or have significant experience in volunteer work which is relevant, include it.

For example, if you are looking for jobs in web design, and in your spare time you created a website for a local nonprofit, include it (and link to the website!).

However, if you are looking for jobs in web design and volunteer as a nanny in your free time, don’t include that.

This also goes for extracurriculars – if they’re relevant (and you’re within a few years of graduating), feel free to include them. Otherwise, leave them off.

Include an interests/hobbies section if you have space, and forgo it if you don’t

This is a space to list personal hobbies (rock climbing, hiking, scuba diving, and so on) as well as professional ones (groups such as OWASP, interest in learning about AWS, and so on).

Most hiring managers won’t care (and are unlikely to penalize you for including it), but some will enjoy seeing it. It is unlikely to be the deciding factor in your application.

Skip listing conferences you’ve attended as a separate section (unless you’ve presented research or won an award there. The same goes for groups you’re a part of, unless you’ve taken on leadership positions, where it may be appropriate to include in an ‘other experience’ section.

Limit your résumé to 1 or 2 pages

If you’re a recent graduate, it should not be more than one page. If you’re slightly older, two pages is fine, though you should be wary of going past two pages.

Having a longer résumé will not show a potential employer that you are more qualified, but it will show them that you can’t figure out what is most important in your résumé, which isn’t a good thing.

Note: This applies to resumes, not CVs, which are more common in Europe, and have a different, longer format.

Then go back and review it again. If you struggle with grammar and spelling, or English isn’t your first language, check out Grammarly, which is free and will help you identify changes you should make to your writing. If you can, ask a friend (or two) to help you out.

This is similar to the issue of formatting. If your résumé is difficult to read due to spelling and grammatical mistakes, the focus won’t be on your achievements. Plus, communication is a huge part of any job (really, no matter how technical) and your résumé is a place to showcase your communication skills.

Since you’ve had essentially unlimited time to write and review your résumé, it’s expected that it will be free from grammatical mistakes or spelling errors.

Review your résumé before the interview

You should assume that an interviewer will ask you questions about items you list on your résumé and you should come prepared to talk about your past jobs and experiences.

This should go without saying, but don’t list things on your résumé that aren’t true (even if they sound impressive).

Include a personalized, custom cover letter for jobs you care about

Cover letters are a way that you can stand out from your competition and show the organization why you’re interested in working for them, as opposed to any other organization.

This is more important to some organizations than others (FAANG typically doesn’t care), but a great cover letter will never hurt your chances of being hired, only help them.

It can also be a helpful exercise for you – it gives you the chance to think about and articulate why you’re interested in working for this company. So when you’re asked in an interview “why this organization?”  you have an answer readily available.

Good luck on the job hunt!

Looking for more advice? Check out these resources: 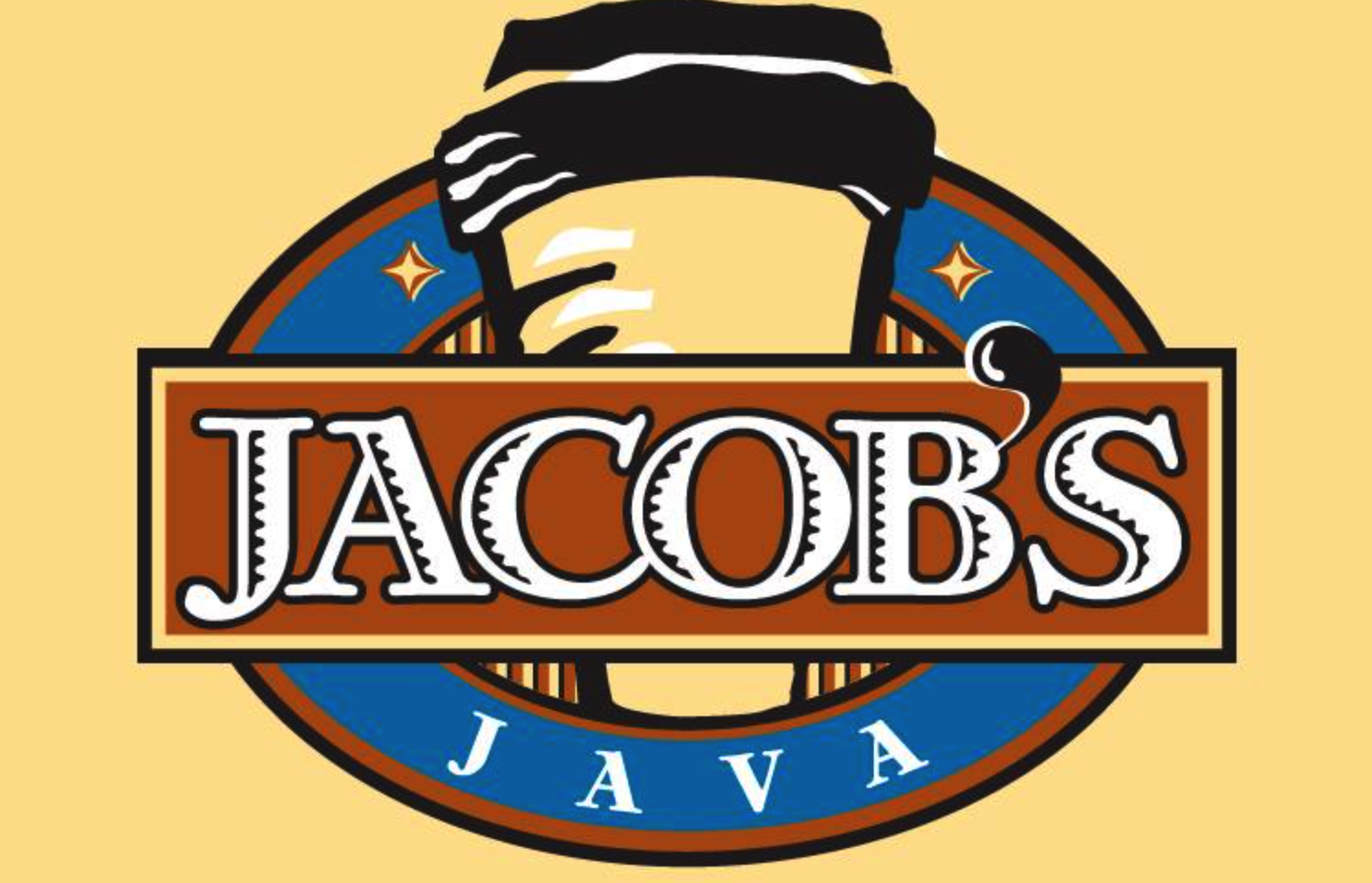 How to Call the COM Interface (Spring Boot + JACOB Library) 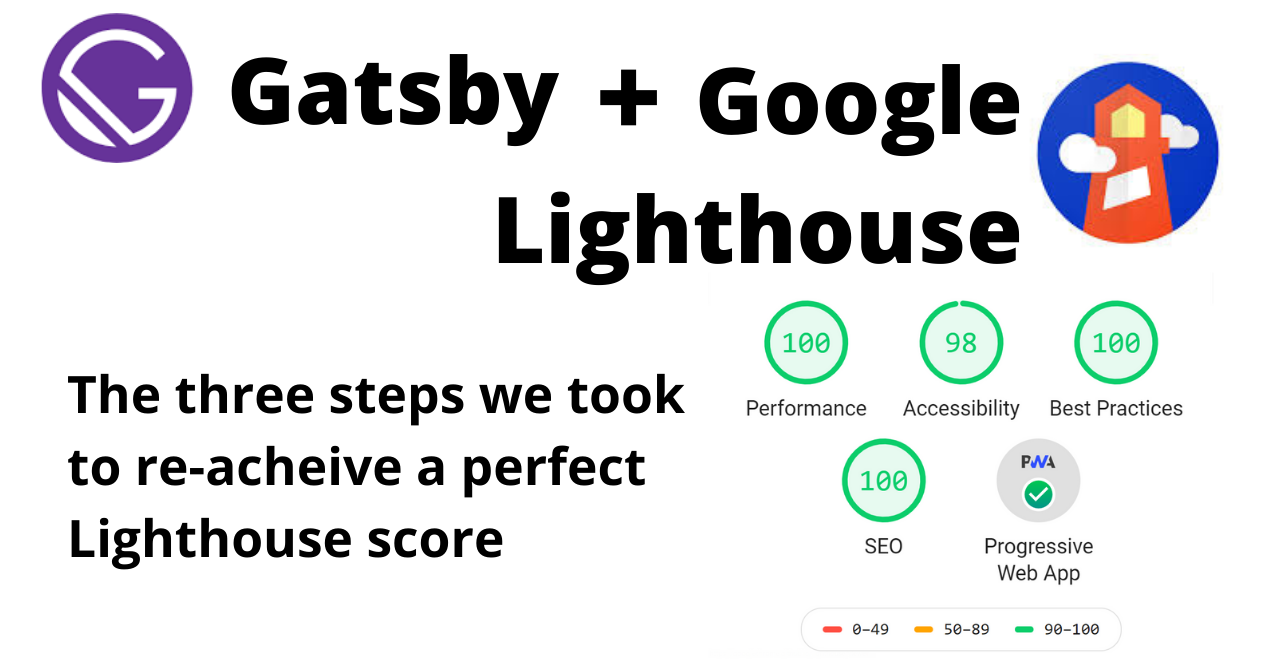 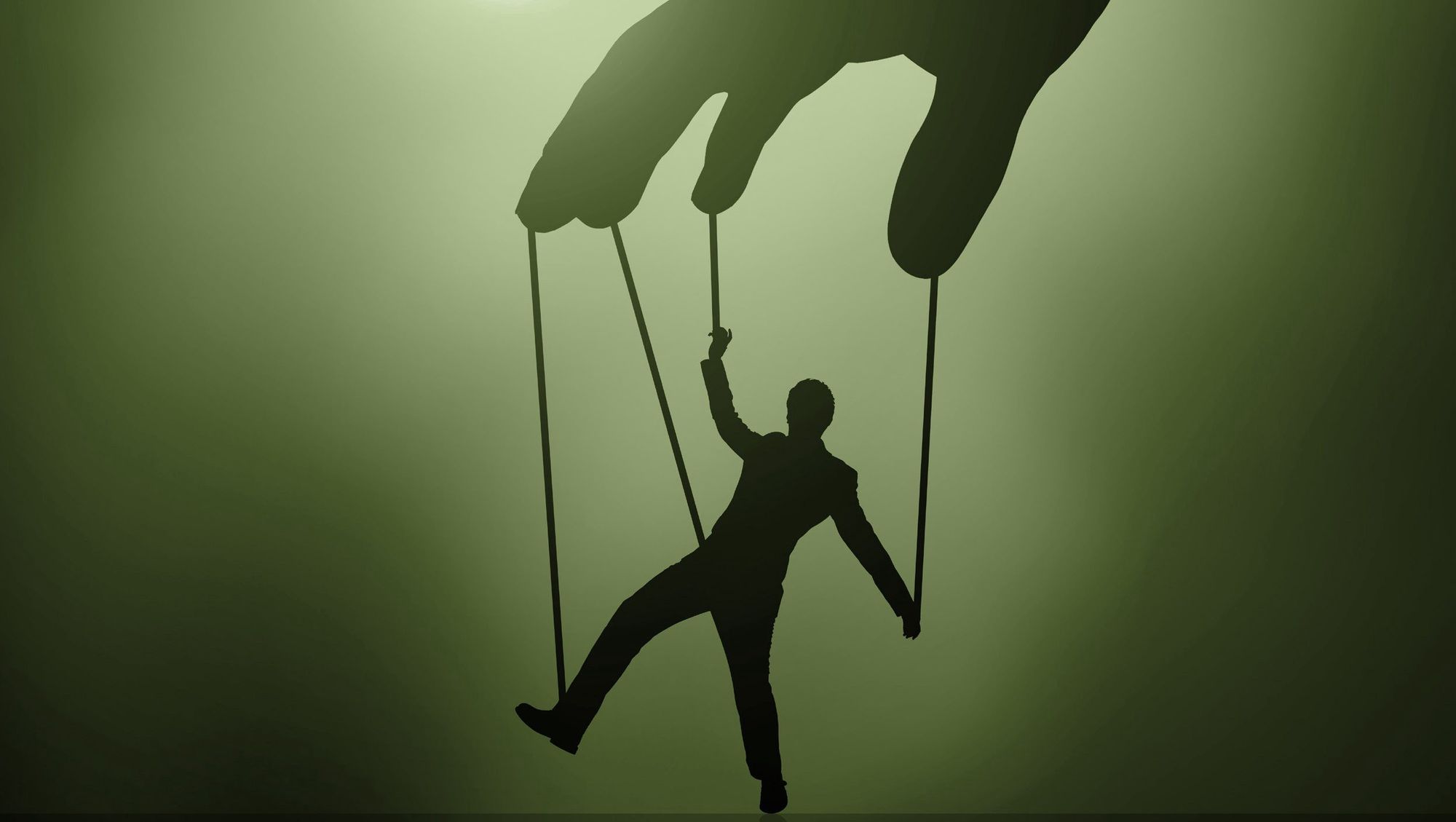 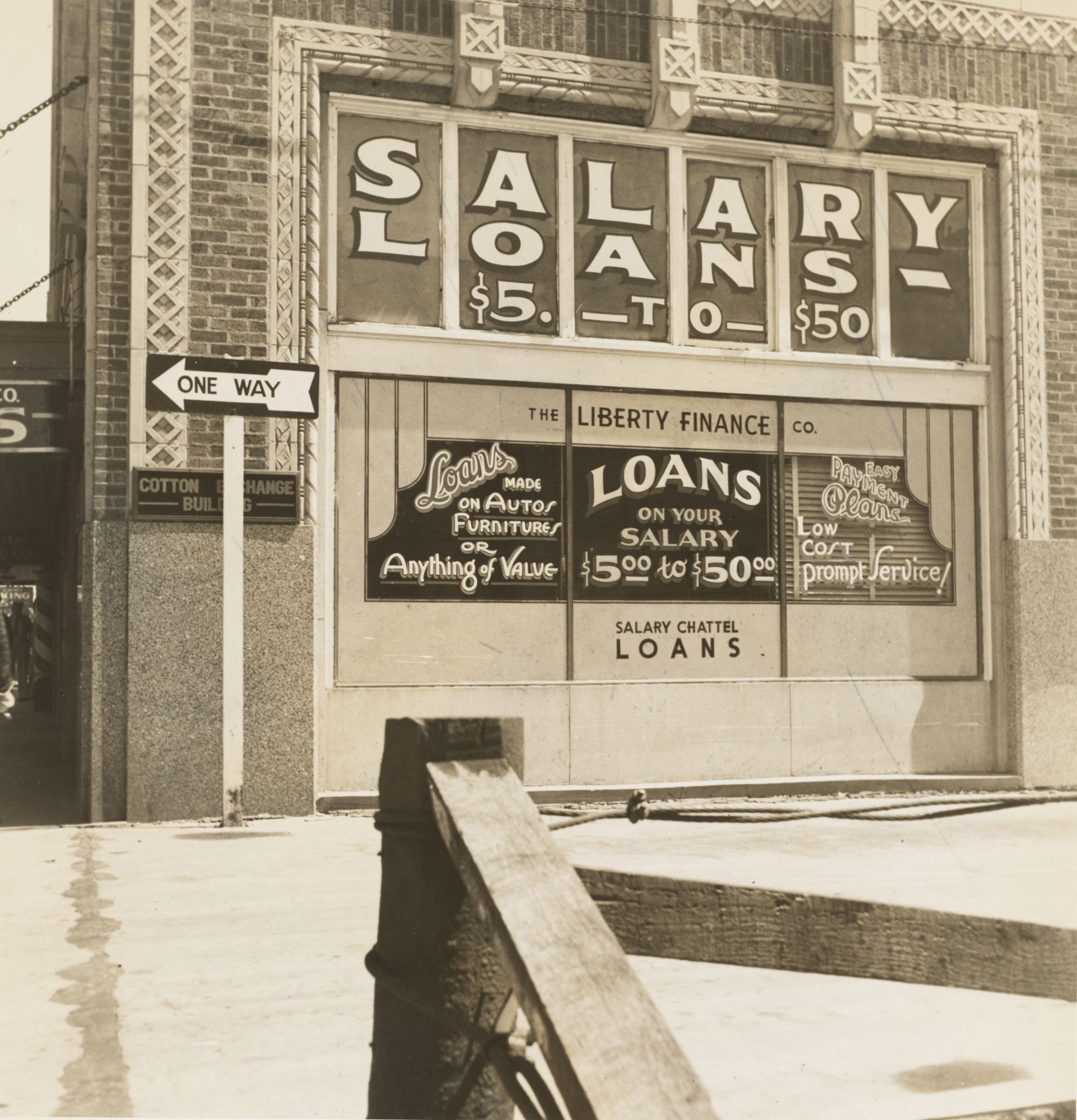 How to Use Machine Learning Models to Predict Loan Eligibility 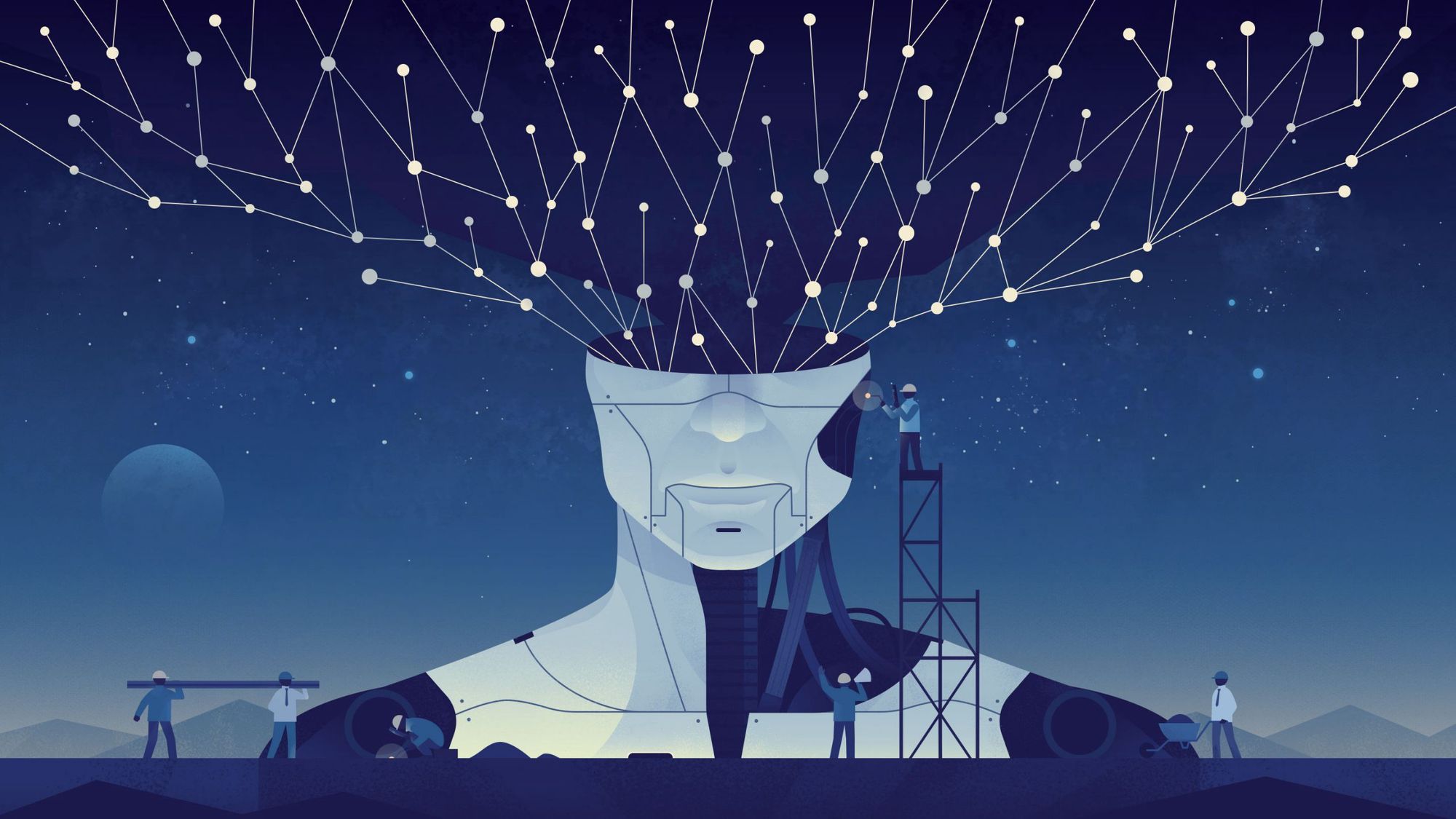 MxNet vs TensorFlow vs DL4j vs PyTorch 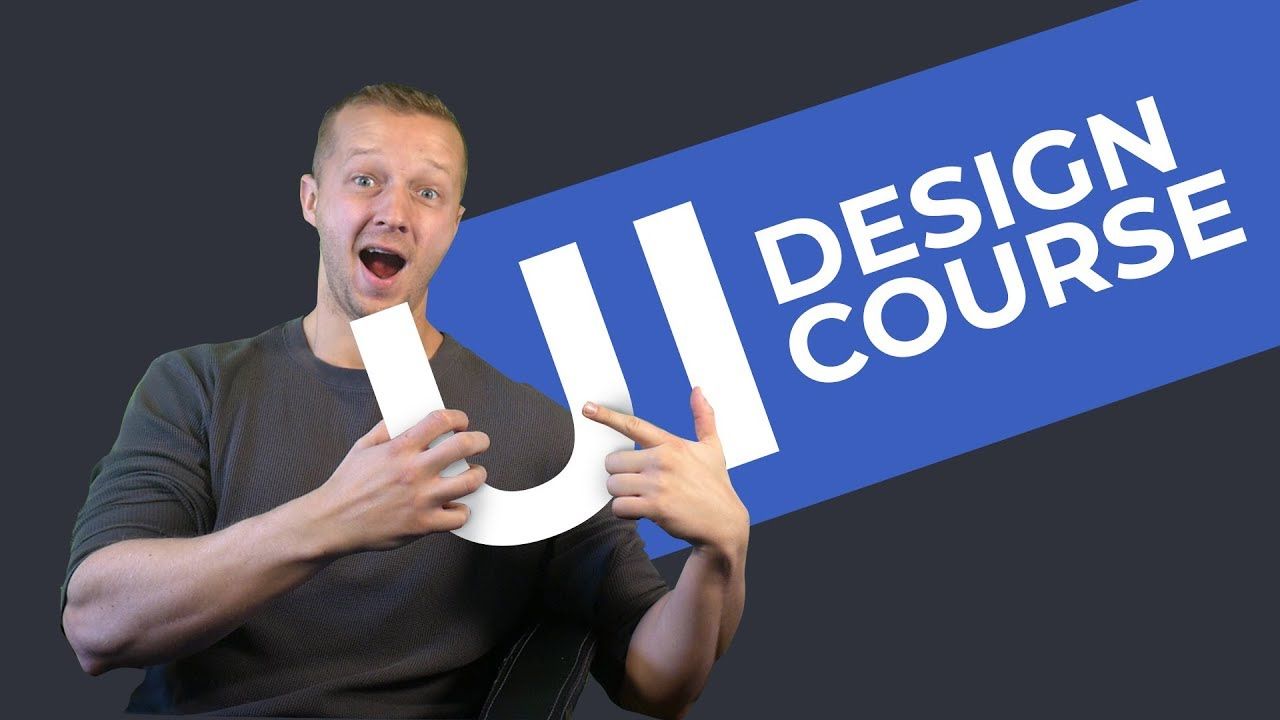 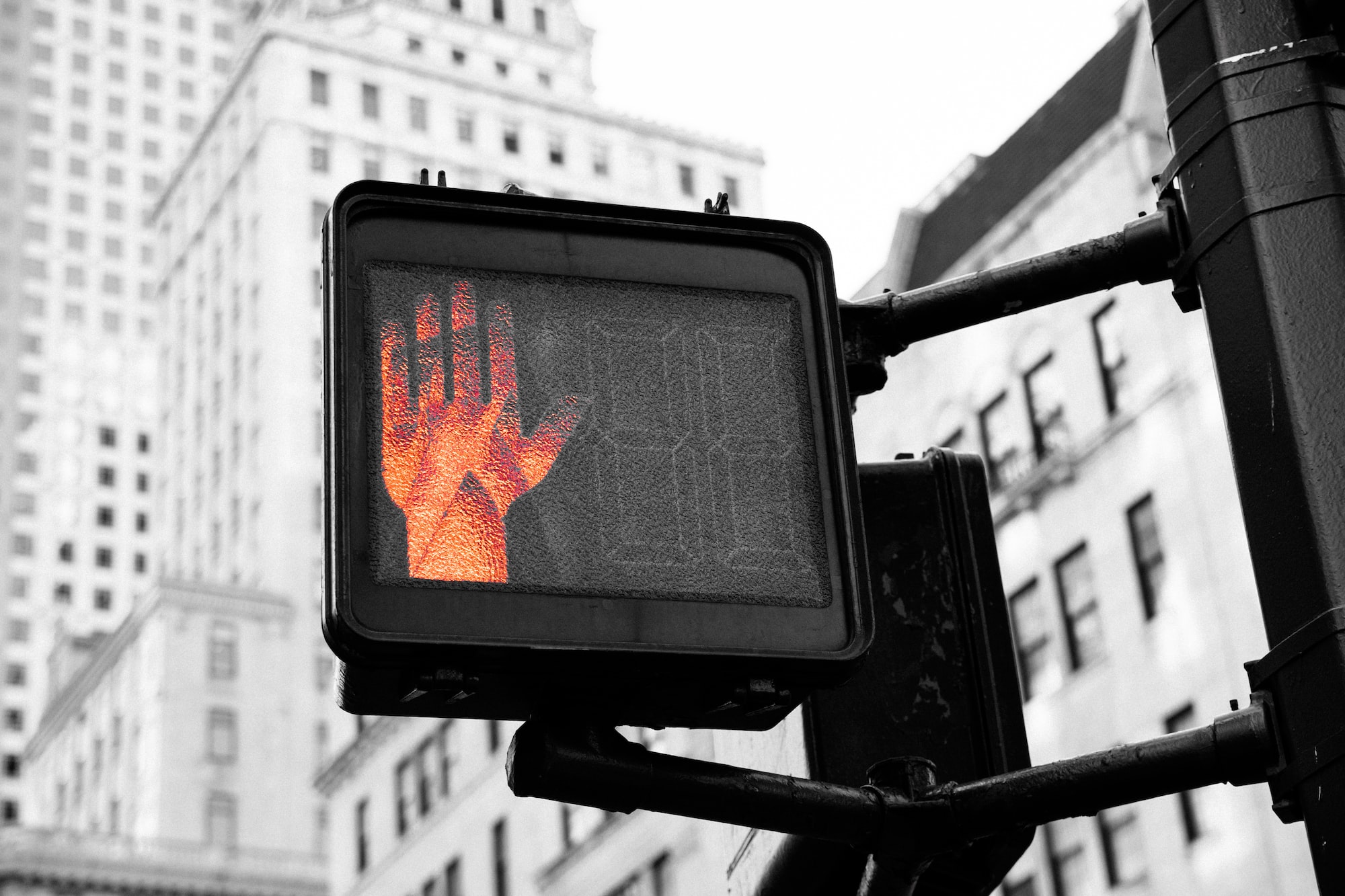 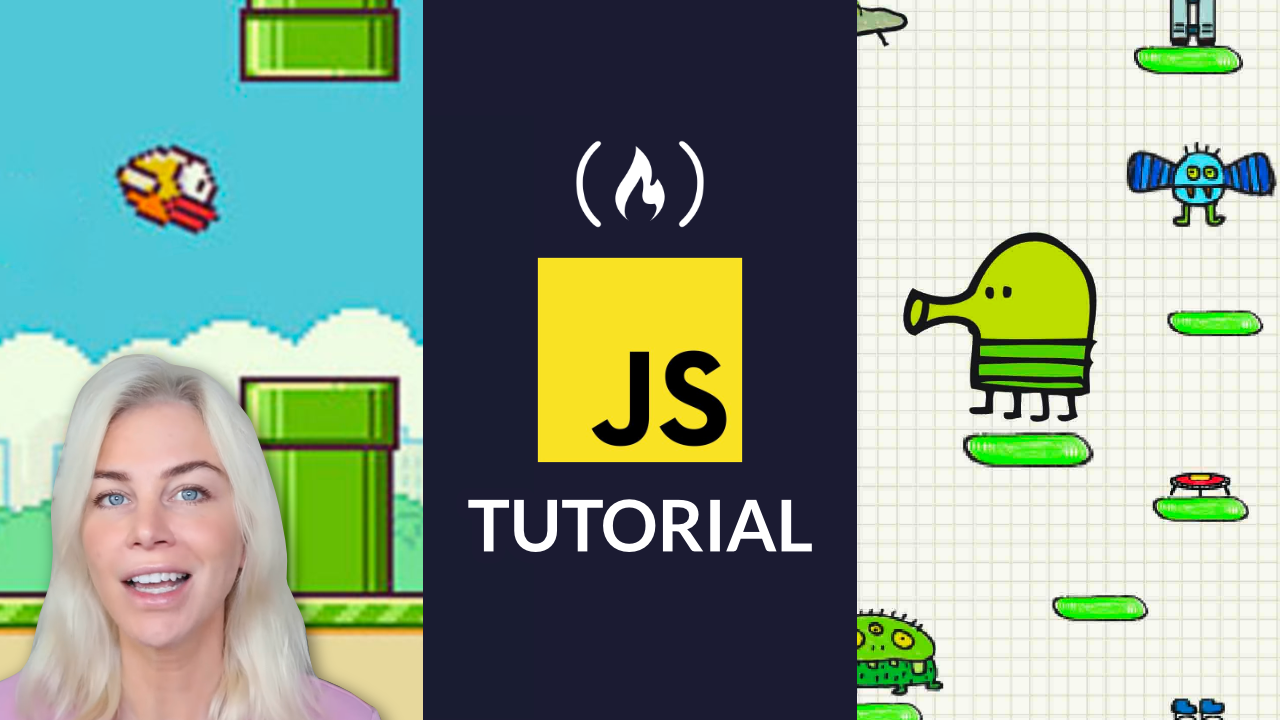 Learn How to Code Flappy Bird and Doodle Jump in JavaScript 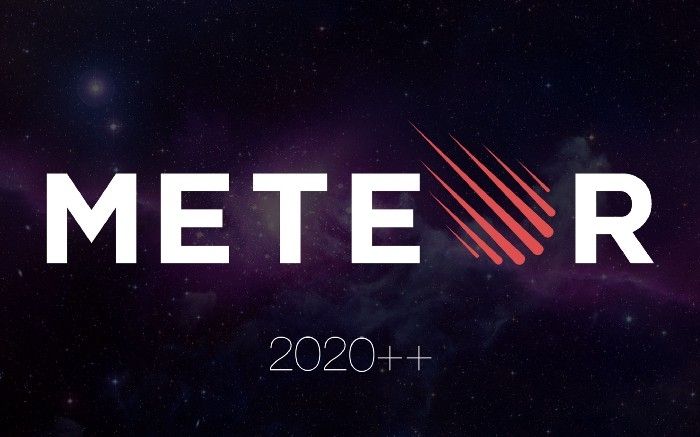 A Quick Guide to MeteorJS – What it Is, and Who Should Use it 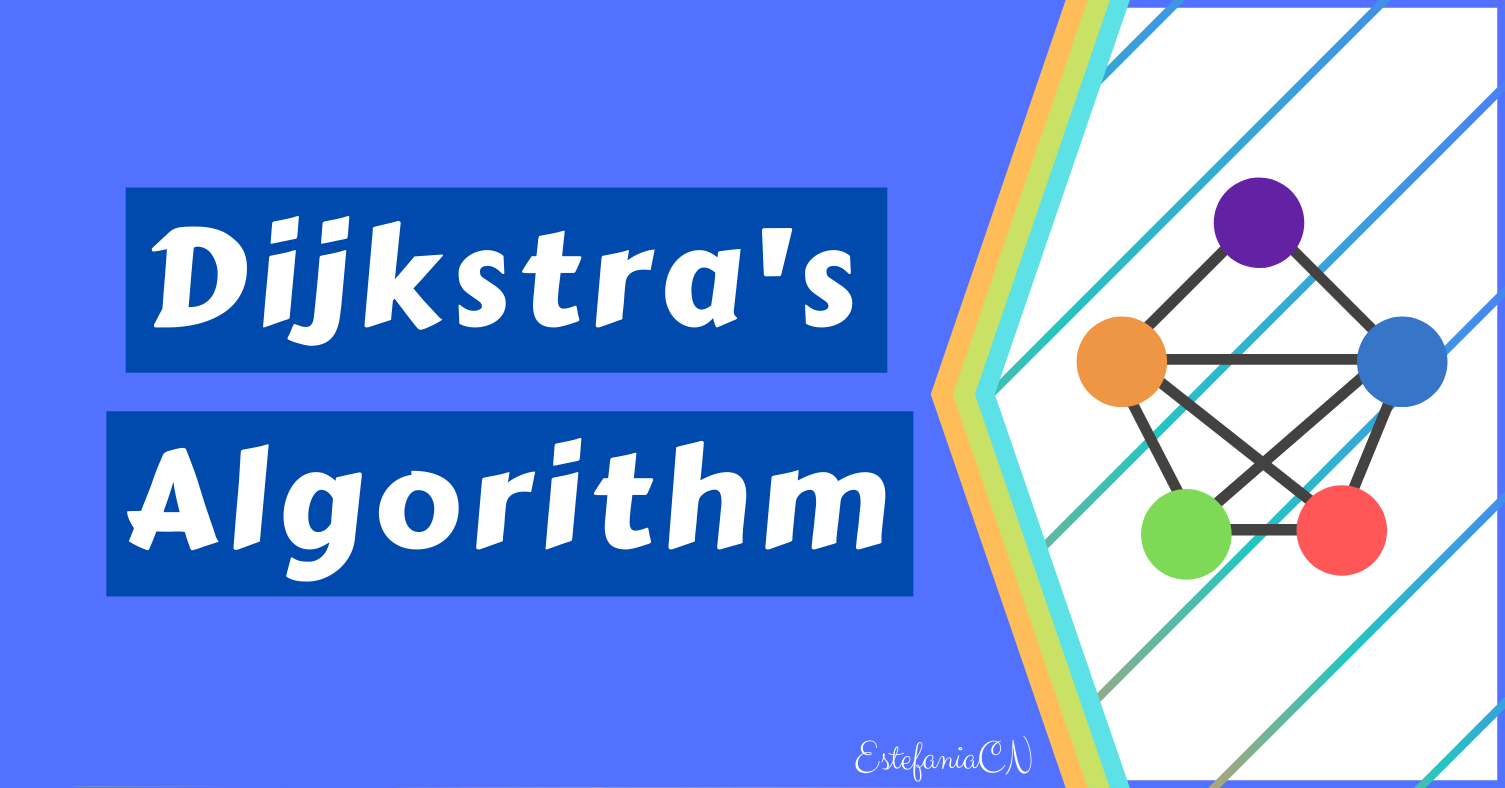 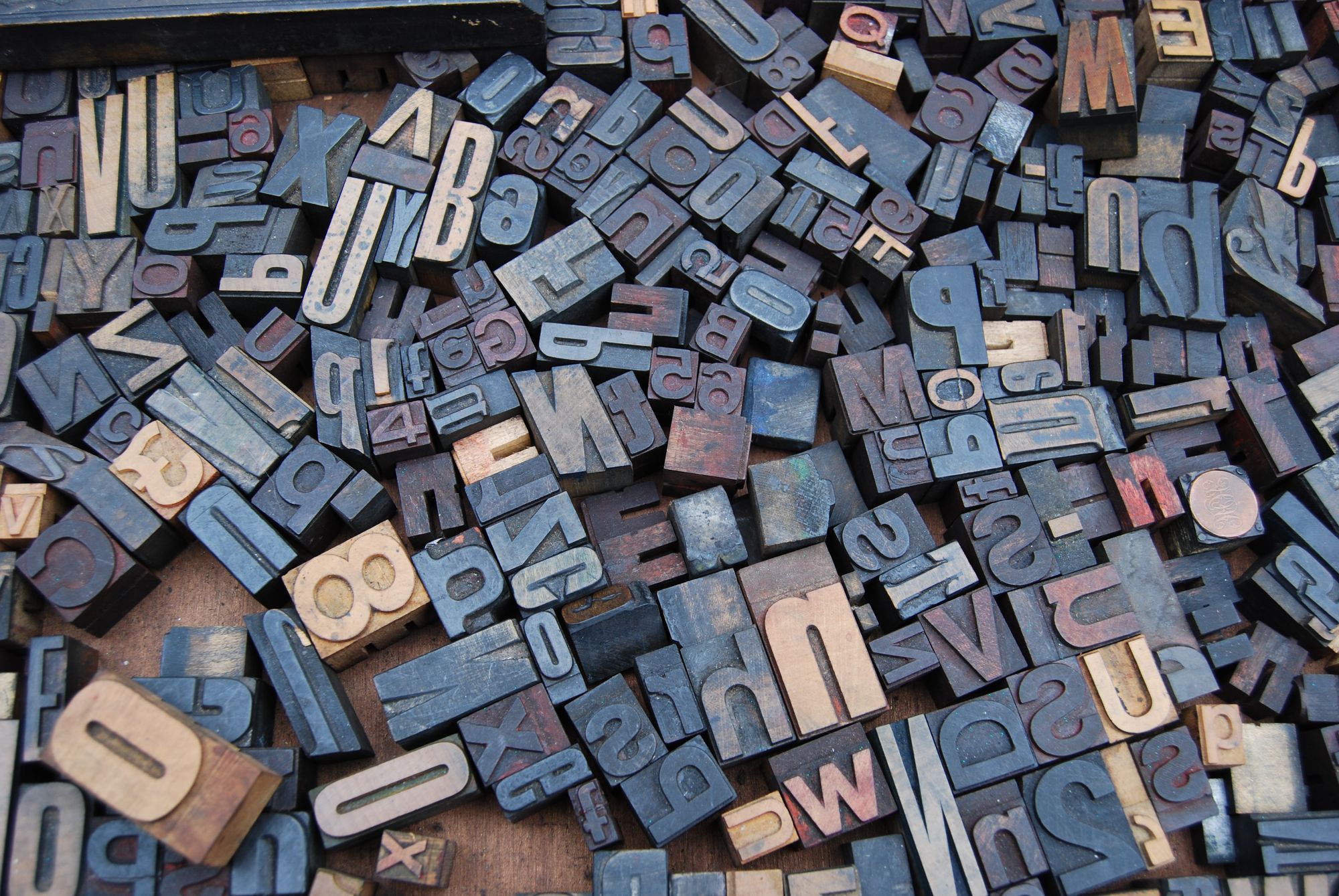