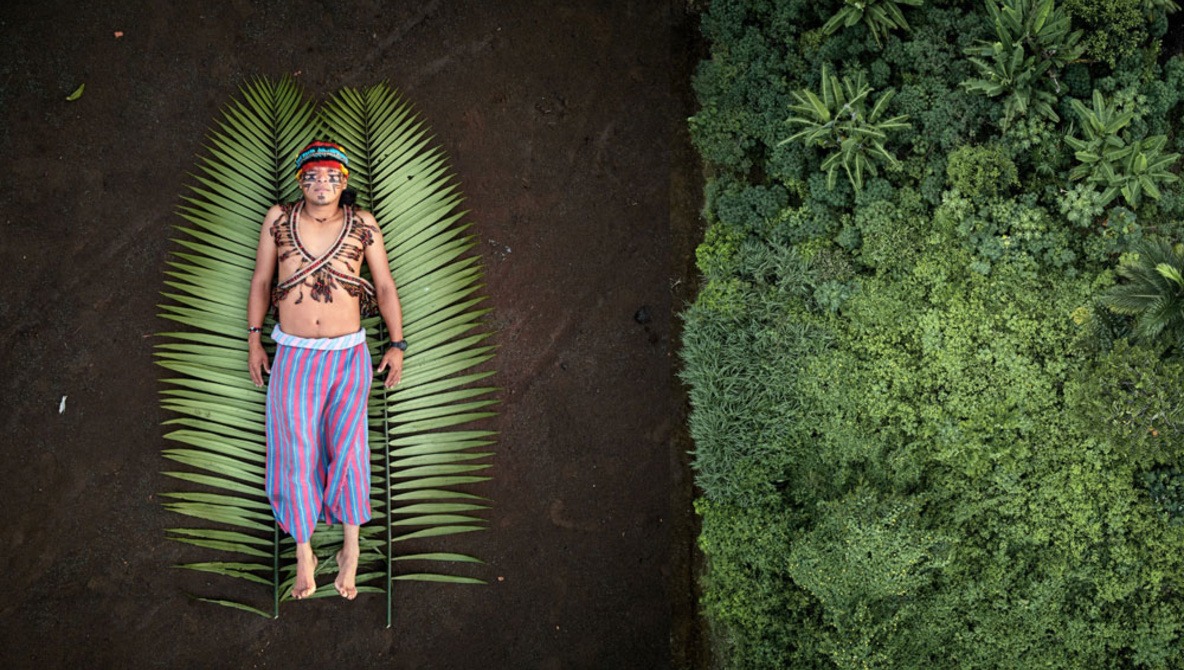 The only thing more exciting than winning a Sony World Photography Award is getting the opportunity to speak with each of the winners. I interviewed each of them for Fstoppers about how they work, their inspirations, equipment, future plans, and advice on entering awards – enjoy!

Pablo Albarenga: Photographer of the Year, and Inaugural Winner of the Latin America Professional Award

Pablo’s introduction to photography was rather by chance — he borrowed a friend’s camera, and fell in love with photography. He went on to study with a local photography club, and then studied photojournalism.

He worked on an indigenous story in 2016, and realized that the indigenous people had a really different connection with the territory. Pablo told me that “The rain forest is like a life support system for them, that’s been keeping them alive all these years. It’s like their supermarket, their pharmacy, where they go to get what they need. We see land as something to conquer, the capability to make money from the natural resources – it’s a really economical view of territory.”

He wanted to express the strong relationship with territories in one image. Arriving in a village, he would spend a few days speaking with the people before taking out his camera. “I’d engage with them, telling them why I’m here, what I’m trying to do. If I start photographing from the moment I get there, it’s not going to work” he explained.

Using a DJI Mavick drone, he photographs each person from above, on land that’s affected by an environmental issue. He selected this drone because “they are affordable, and lightweight. Every pound I carry is important when I’m traveling in the rainforest; the lighter your backpack is, the better!”

It’s an ongoing project, and Pablo plans to create more portraits. He’s planning to create a printed publication that’s districted by the indigenous people who were in the photographs – “so they can be the owner of the story, and share it as they want.”

Beyond that, he’s planning to visit every country in the Amazon looking for other stories.

Lily has enjoyed photography since childhood. From an initial interest in photographing nature trails and local cats, she’s developed a love of documenting fashion, society, the environment, and politics. “I would consider myself a social documentary fashion photographer, if that’s a thing!?” she says.

Her winning photograph was intended to reflect on the progression of society and technology. Specifically, it is a recreation of the Girl with the Pearl Earring painting by Johannes Vermeer, but with a contemporary twist. The pearl earring is replaced with an earphone to represent just how much the human race has evolved within such a short period of time. Lily explored this concept to show both an appreciation for what we have evolved from, and for what we are able to utilize through modern resources and technology. She explains that she was initially inspired to capture an element of fine art within the shot after viewing a stunning image from a HE student at her college. That piece explored the style of historical portraiture, with the attire being made from used car parts. This juxtaposed image majorly inspired Lily to investigate historical artwork, which led to the technological advancement concept. “I think it’s really important to reflect and appreciate historical art, as it showcases just much we have grown, adapted and evolved through time”, she says.

In terms of camera equipment, Lily uses a Nikon D5300. She explains that she shoots with both natural and artificial light: “strobe lights, beauty dishes and coffin boxes are what I always find myself going back to when working within the studio.”

Looking ahead to future projects, she has recently produced a series of imagery centering around the global pandemic, COVID-19. This photo documentary series focuses on the effects of the virus, isolation, loneliness, and connection. Over the next few months Lily hopes to get this published as a book. She is also intending to collaborate with more artists and organizations within the near future, which she says is “always an inspirational experience.”

Ioanna did an MA in European Urban and Cultural Studies in 2011. As she was carrying out a series of research projects on urban planning, architecture and cultural development, paired with her background in journalism, Ioanna began to work on visual narratives around memory and territory, with a focus on architectural ruins and historical landscapes. Since then, she has worked on a series of personal projects and assignments with a strong interest in the relationship between photography and global and social systems of power, both in historical and contemporary contexts.

Responding to the theme Sustainability Now, Ioanna decided to travel back to Greece to make her winning project Aeiforia. She had heard about the island of Tilos when it won the Energy Islands’ Award and Public Vote Award at EU Sustainable Energy Week.

The tiny island is the first in the Mediterranean to run almost entirely on renewable energy. Until a few years ago, the idea of an island being fully reliant on clean energy was almost unthinkable. Over the years, Tilos has received energy from a diesel power plant on the neighboring island of Kos, via an undersea cable, but during the tourist season this has proven unreliable, leading to frequent power cuts. Since 2015, however, the supply on Tilos has been reinforced with a hybrid system exclusively powered by renewable sources including solar and wind power.

Ioanna told me that “Once on the island, and more specifically in Megálo Chorió, where only 70 inhabitants live over the winter, I spent much time familiarizing myself with my surroundings and getting a feeling of the landscape. Wondering off at night, I would usually allow myself to get lost throughout the various narrow passages observing through my lens. It was only after I started making the first images of the islanders’ rooftops that I realised how the strangely-shaped handmade devices and wires they use to help sustain their households throughout the winter with, become an organic part of the scenery at night. The harmonic symbiosis between this technology and the dry and mountainous landscape of Tilos became the focus of my photographic series Aeiforia.”

This was the first environmentally driven project Ioanna has worked on. She told me that “this was definitely a great opportunity for me to carry out research and work photographically from a different perspective. The significance of environmentally sustainable energy resources is of great significance.”

Ioanna used a variety of analogue 6×6 medium format cameras, particularly enjoying the Zenza Bronica SQ-A and Mamiya 7. She also shoot part of the project with a Canon EOS 5D and is now using a Sony Alpha 7 iii, her prize from the award.

Looking ahead, she plans to develop the last chapters of her series The Truth is in the Soil, which is currently on show at Festival Circulations at 104 in Paris and will be exhibited in a series of different venues later this year, with a solo show taking place at Reminders Photography Stronghold in Tokyo, Japan in early 2021.

Hsien-Pang Hsieh goes by the name Roger. He is from Taiwan, and is studying engineering in Germany. Photograph is a hobby, with most photographs taken during his travels.

The winning photographs was taking on a rail trip to Dresden — it’s of a street artist.

I wondered if the frozen movement in the photograph and the sense of urgency related to a desire to slow life down a little. Roger told me that was the case, “I feel strongly that our life nowadays is so fast, with so much information, and so many new things pop up every day. I just wanted to remind everyone that sometimes it might be good to slow down our pace.”

Roger uses a Sony A7iii with a Sony FE28-70 lens most of the time. He explains that “This lens is not a very high-level lens, but I really love it. It is light weight – that is an important thing, I think, when it comes to travel photography.”

With exams approaching, Roger doesn’t have any plans for photography projects in the near future. But, he says that he “will still go to the streets and explore new things every day.”

If you’re planning on entering a photography award, here’s some advice from the 2020 winners:

Ioanna Sakellaraki feels it’s important to “Make bodies of work that can speak to the wider audiences but can first speak to you. I think being genuine and connected to your own style and vision while carrying out an assignment is an important part of the process. Moreover, follow interesting subjects and narratives but also look for smaller scale unique stories which can speak about the world and your photographic vision from a different perspective.”

Advising confidence, Lily Dawson-Punshon says: “Definitely don’t be afraid to be different. Different stands out. Not only does doing so showcase your talents, but it also encourages you to experiment and establish your own creative style and processes.”

It must be such a thrill to win one of these awards – congratulations, each of you!

What’s your experience with awards? Have you entered and had a success? What have you learnt from entering awards – any tips to share? 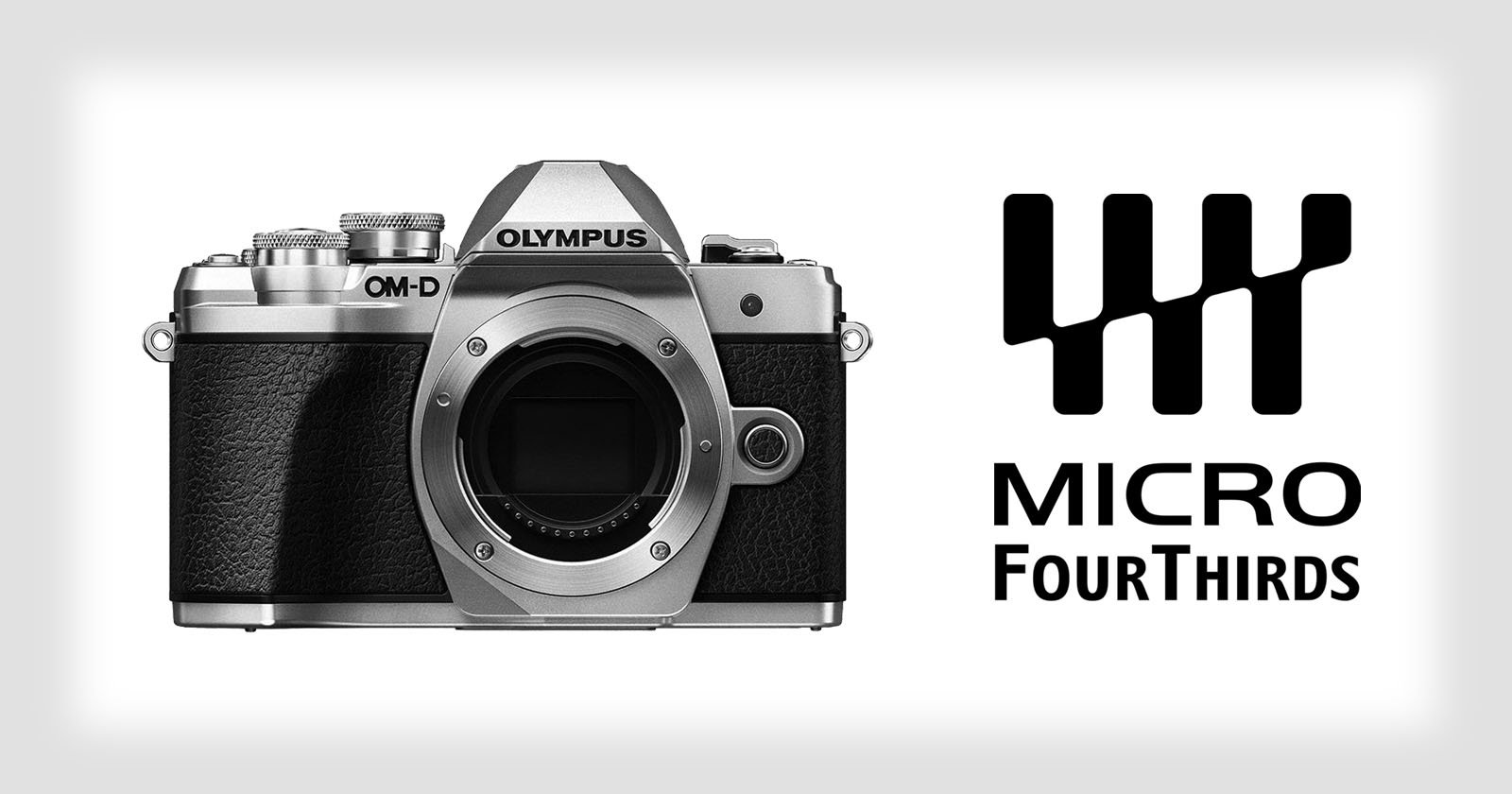 Does Micro Four Thirds Have a Future in Photography? 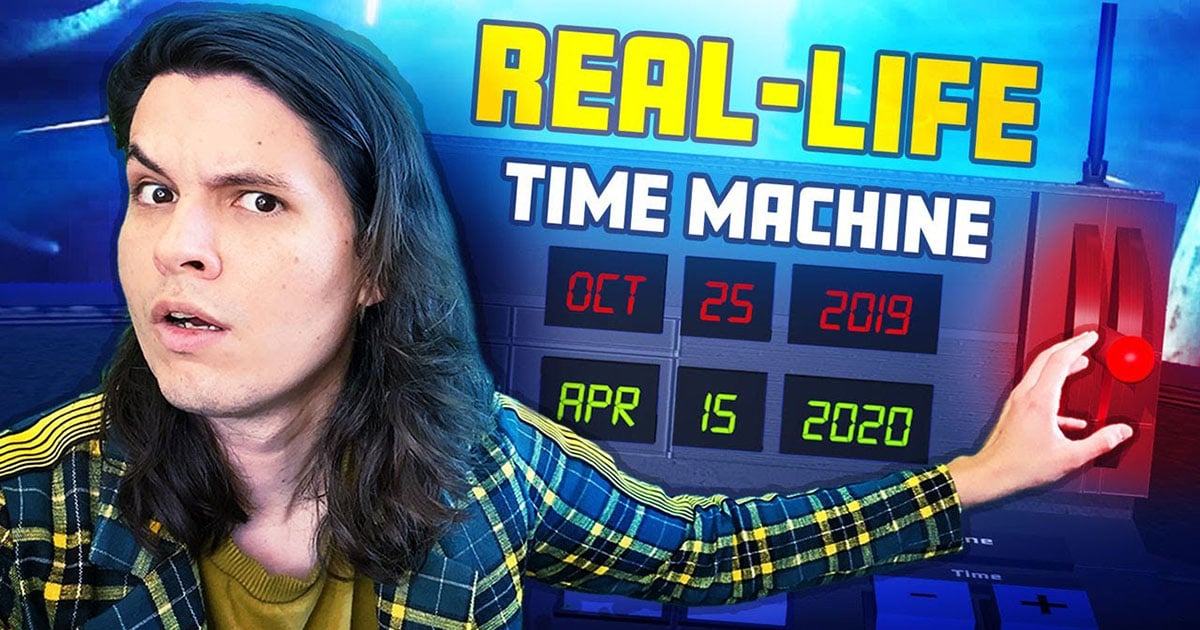 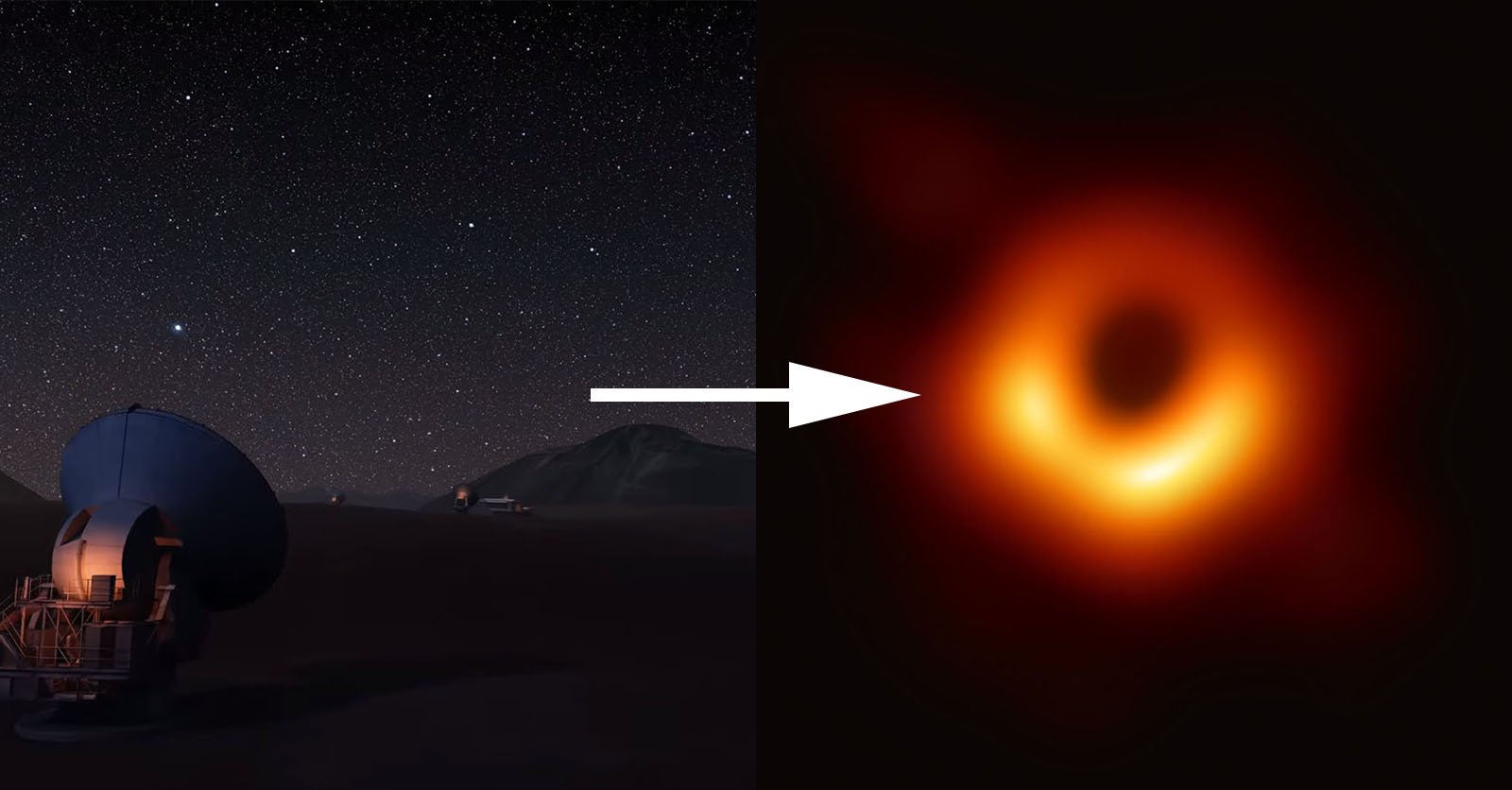 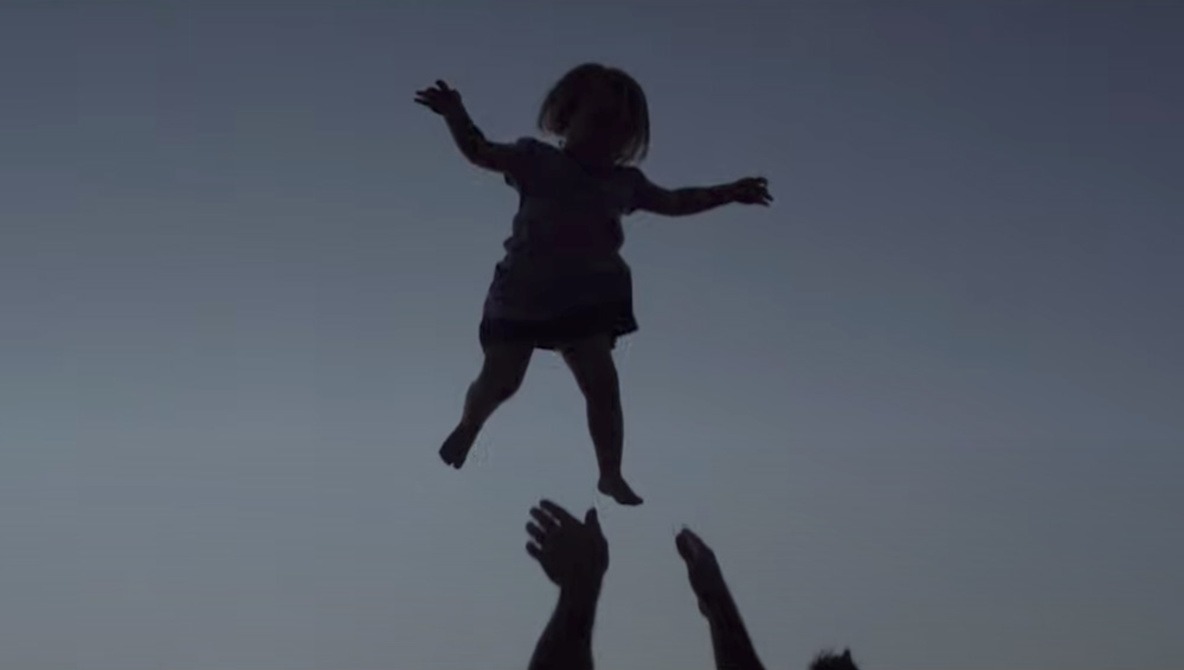 Is 120 Fps the Most Overused Frame Rate? How to Use Slow Motion in Your Filmmaking 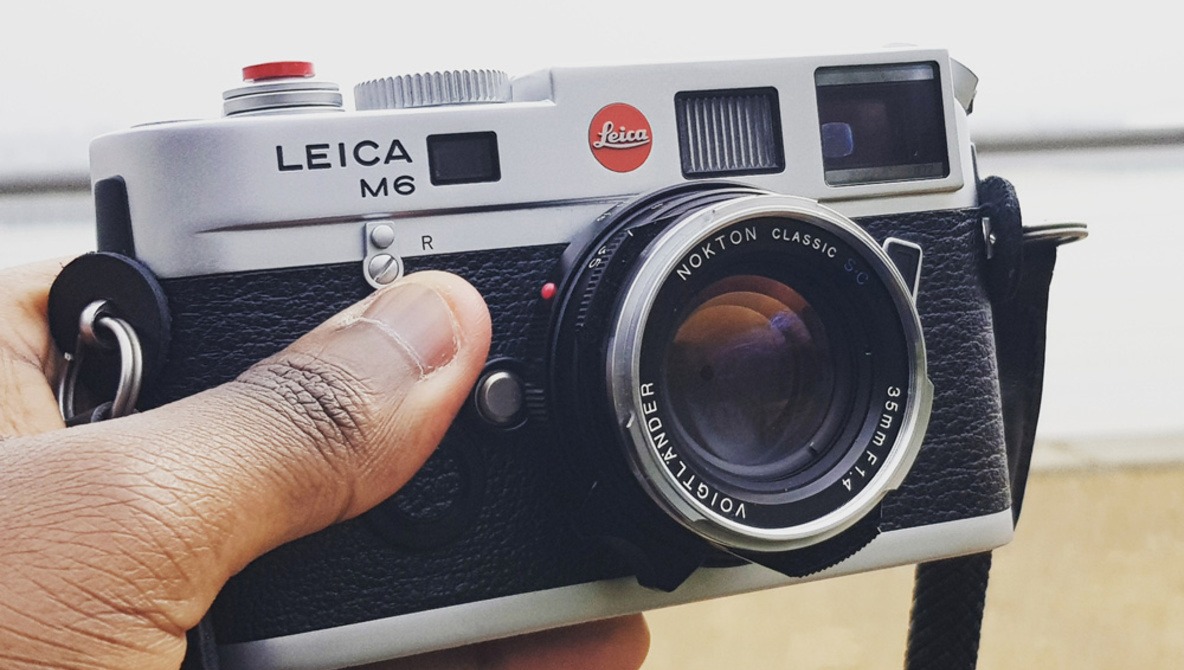 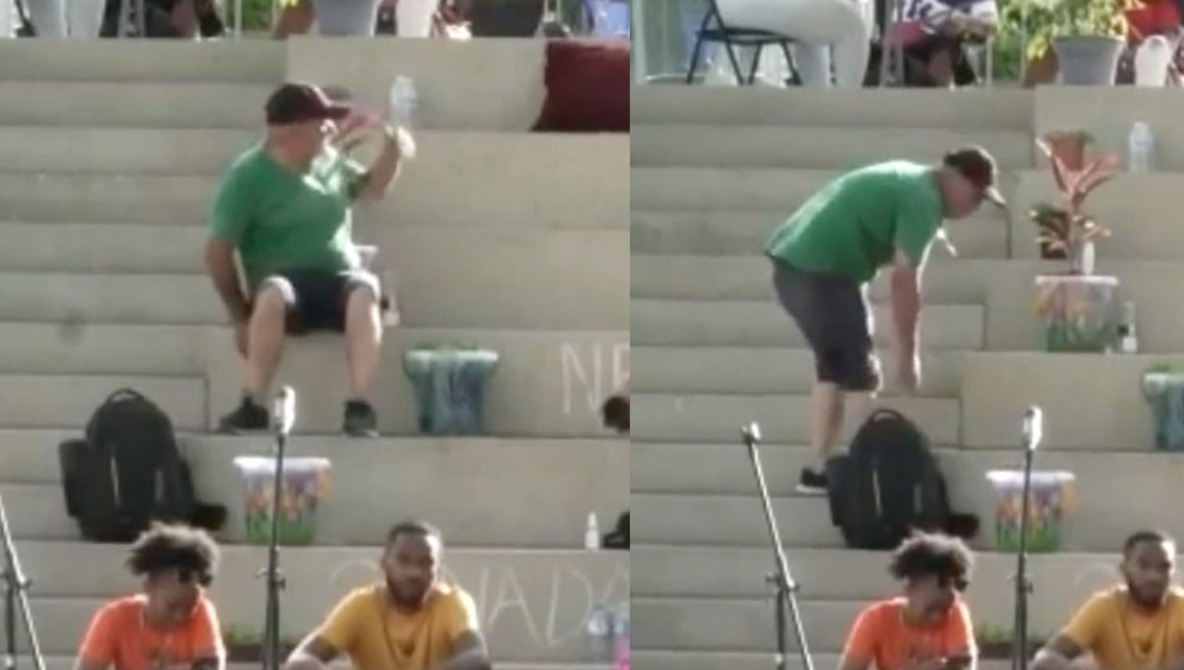 Videographer Accidentally Films the Theft of His Own Camera Gear 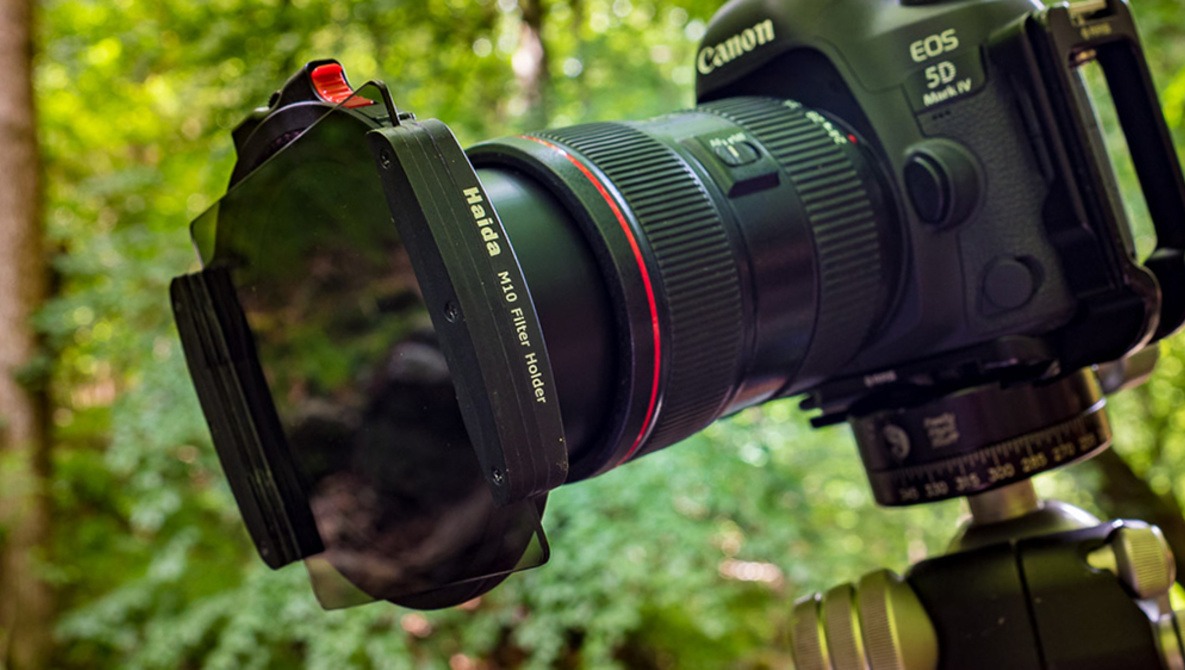 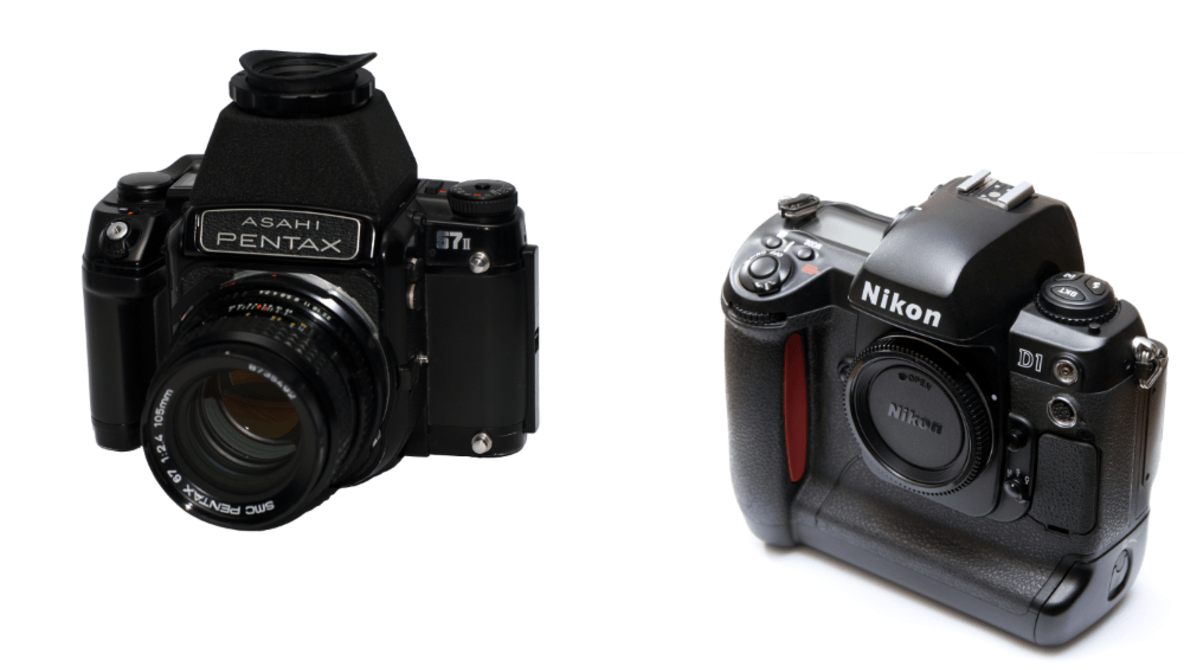 The Supreme Reign of the DSLR Began in 1999: How Did It Happen? 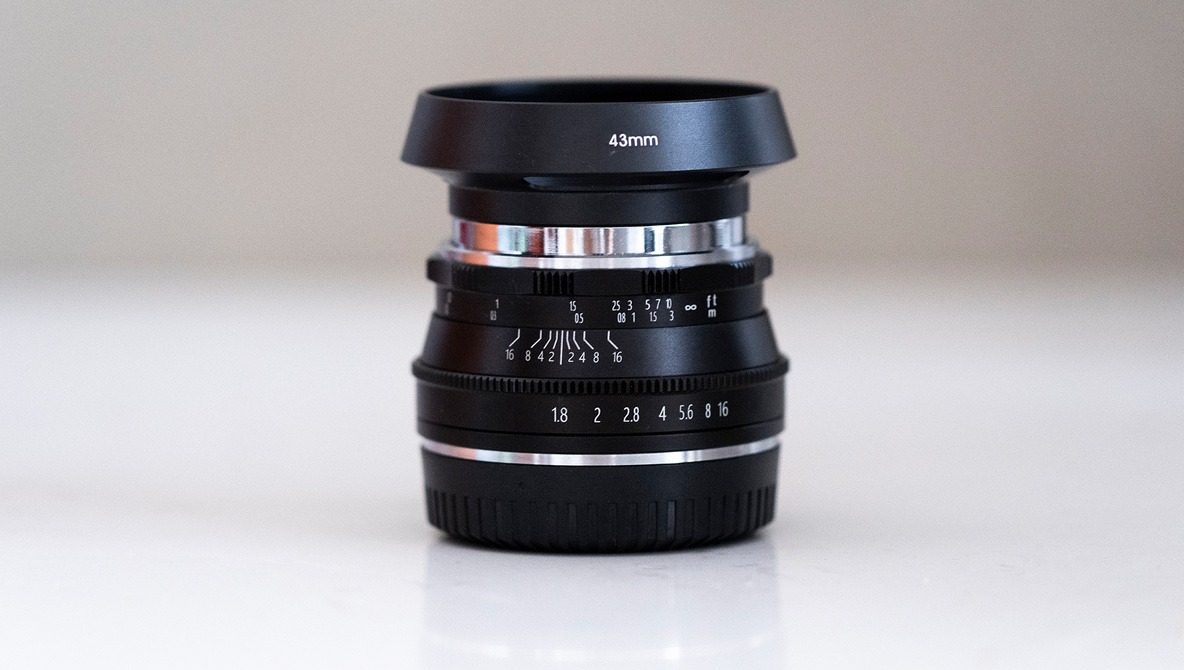 Have You Heard of Pergear? Their 25mm Lens Is Good and Only Costs $69 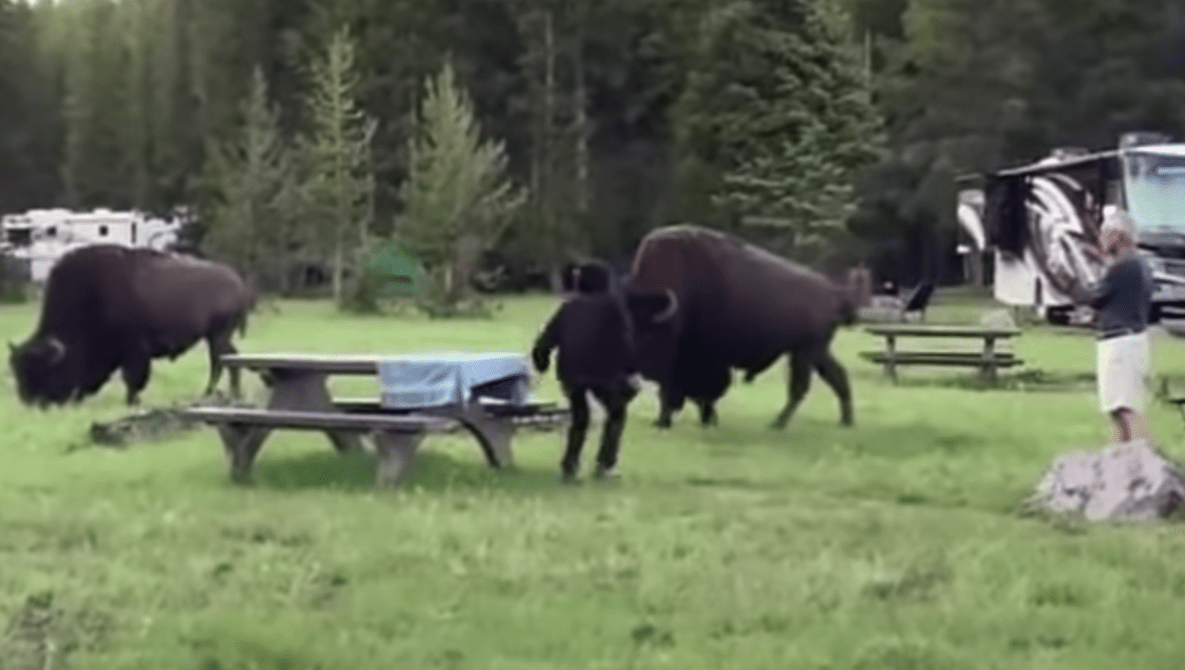 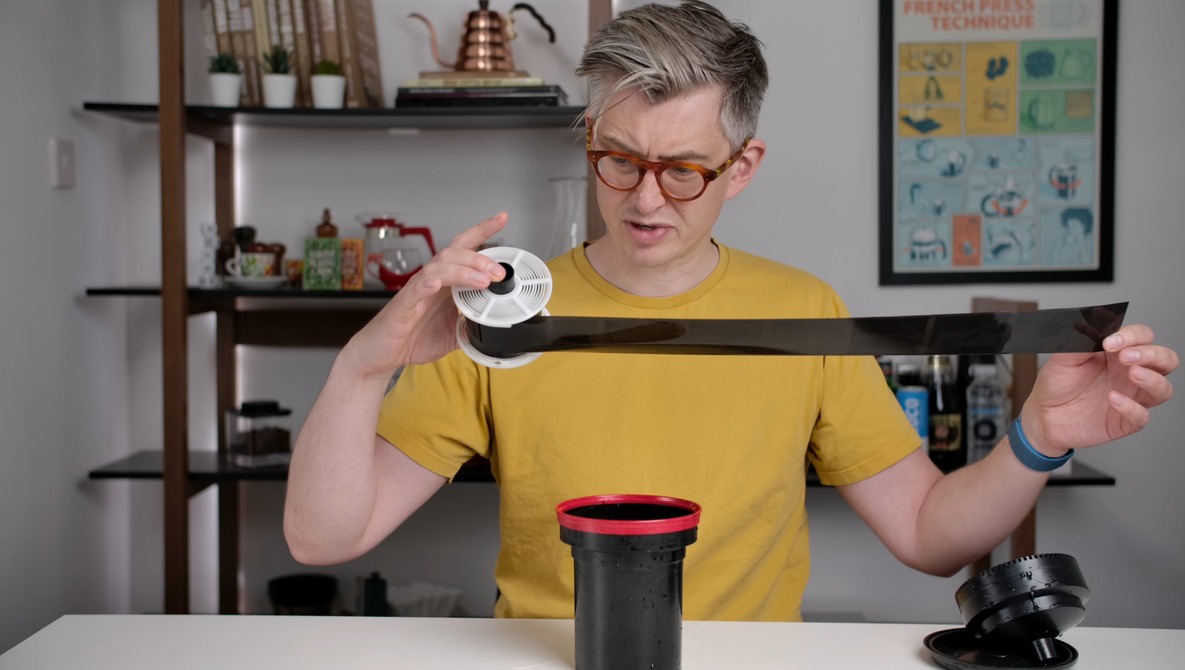 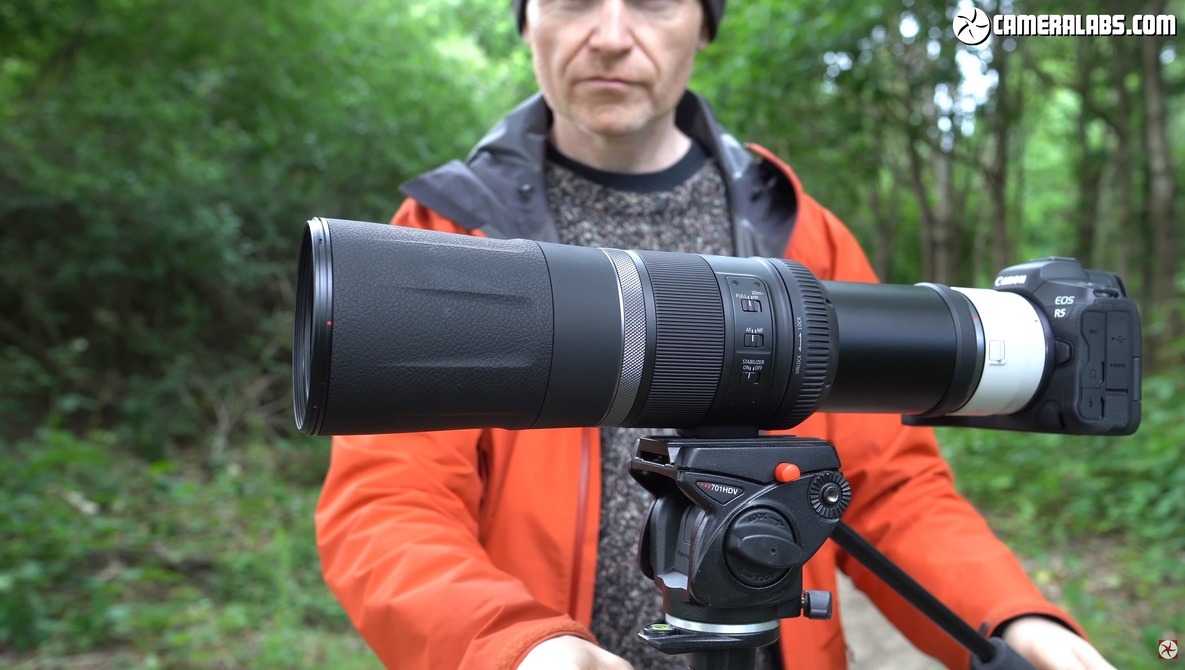