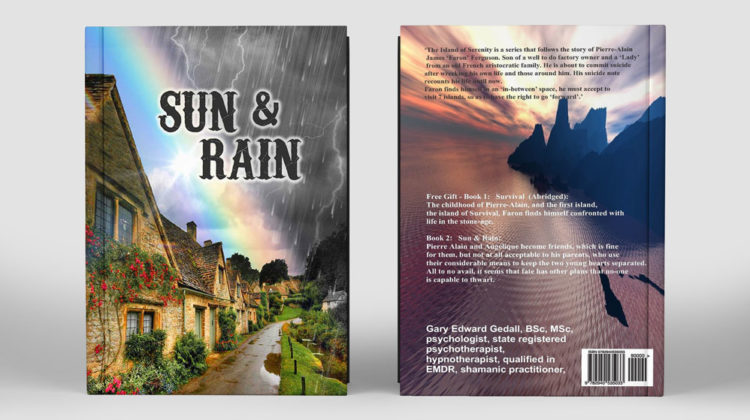 The Island of Serenity is a series that follows the story of Pierre-Alain James ‘Faron’ Ferguson. Son of a well to do factory owner and a ‘Lady’ from an old French aristocratic family. He is about to commit suicide after wrecking his own life and those around him. His suicide note recounts his life until now. Faron finds himself in an ‘in-between’ space, he must accept to visit 7 islands, so as to have the right to go ‘forward’. Free Gift – Book 1: Survival (Abridged): The childhood of Pierre-Alain, and the first island, the island of Survival, Faron finds himself confronted with life in the stone-age. Book 2: Sun & Rain: Pierre Alain and Angelique become friends, which is fine for them, but not at all acceptable to his parents, who use their considerable means to keep the two young hearts separated. All to no avail, it seems that fate has other plans that no-one is capable to that.