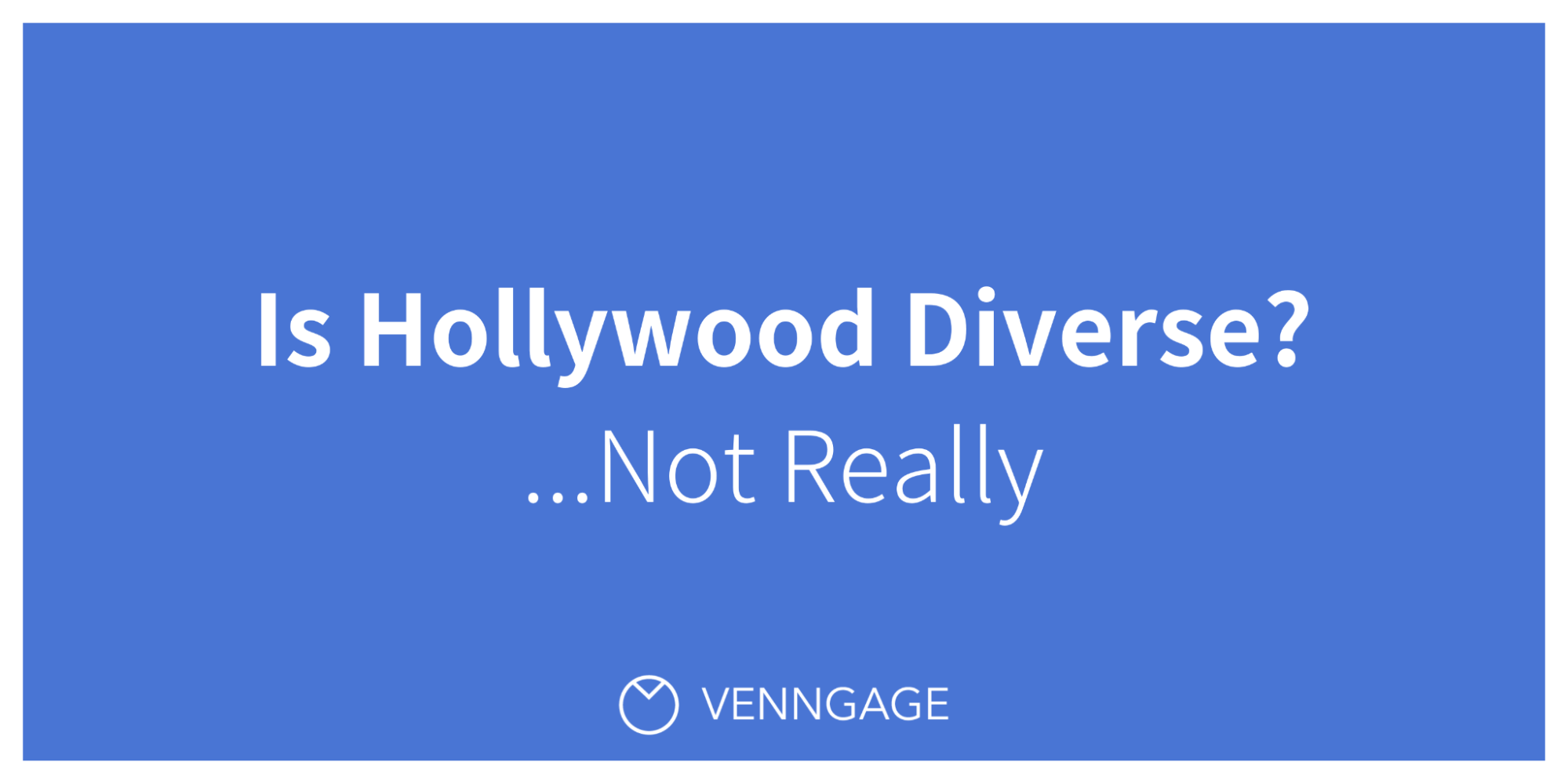 The number of acting roles for people of color is closer to being proportionate with the US population.

Is Hollywood finally doing better and accounting for diversity in roles? Or is this too good to be true?

Who makes all these decisions?

But who makes these important film and genre release decisions that make it big in the box office?

Hollywood executives are the ones who look over movie budgets, film types and genres, and their marketing. 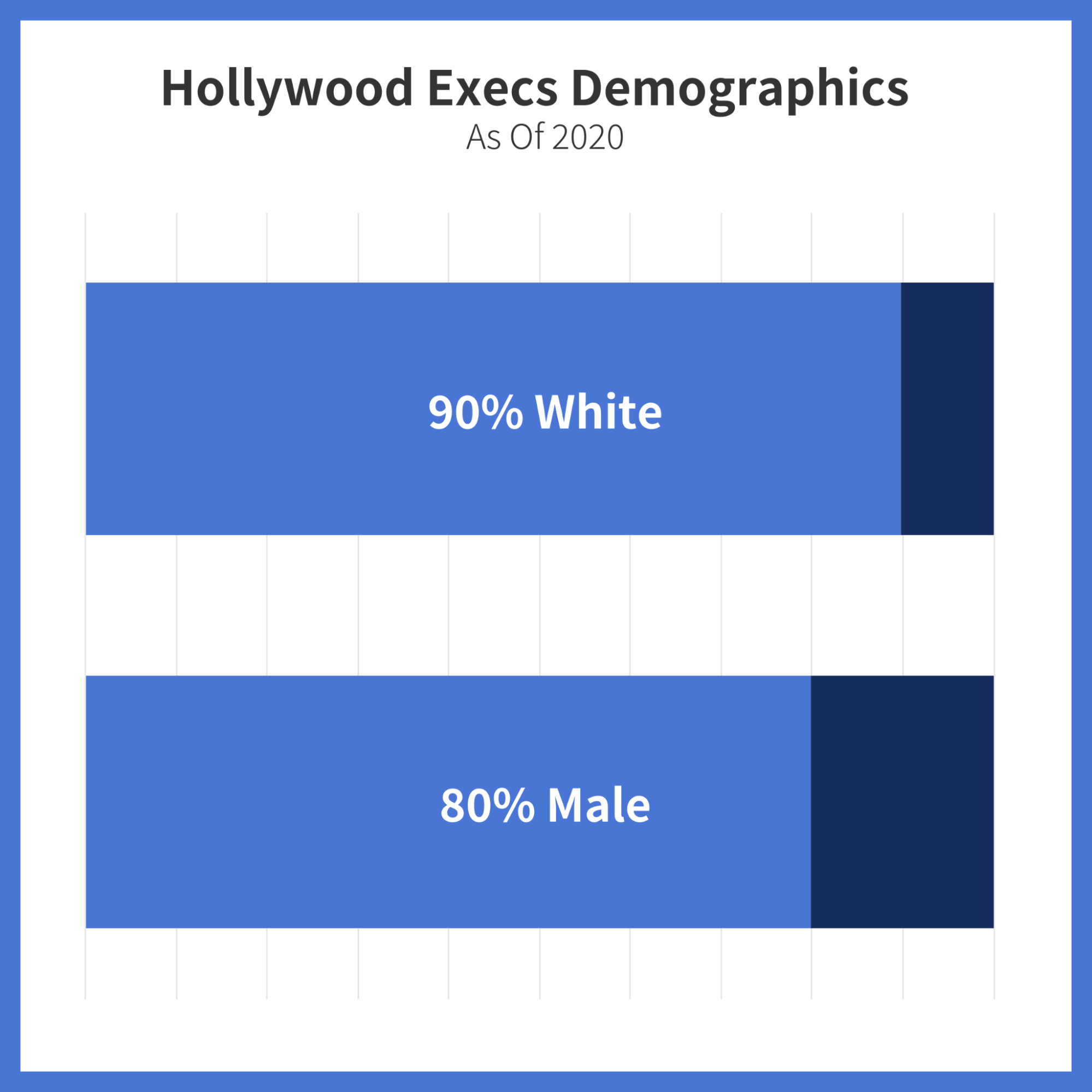 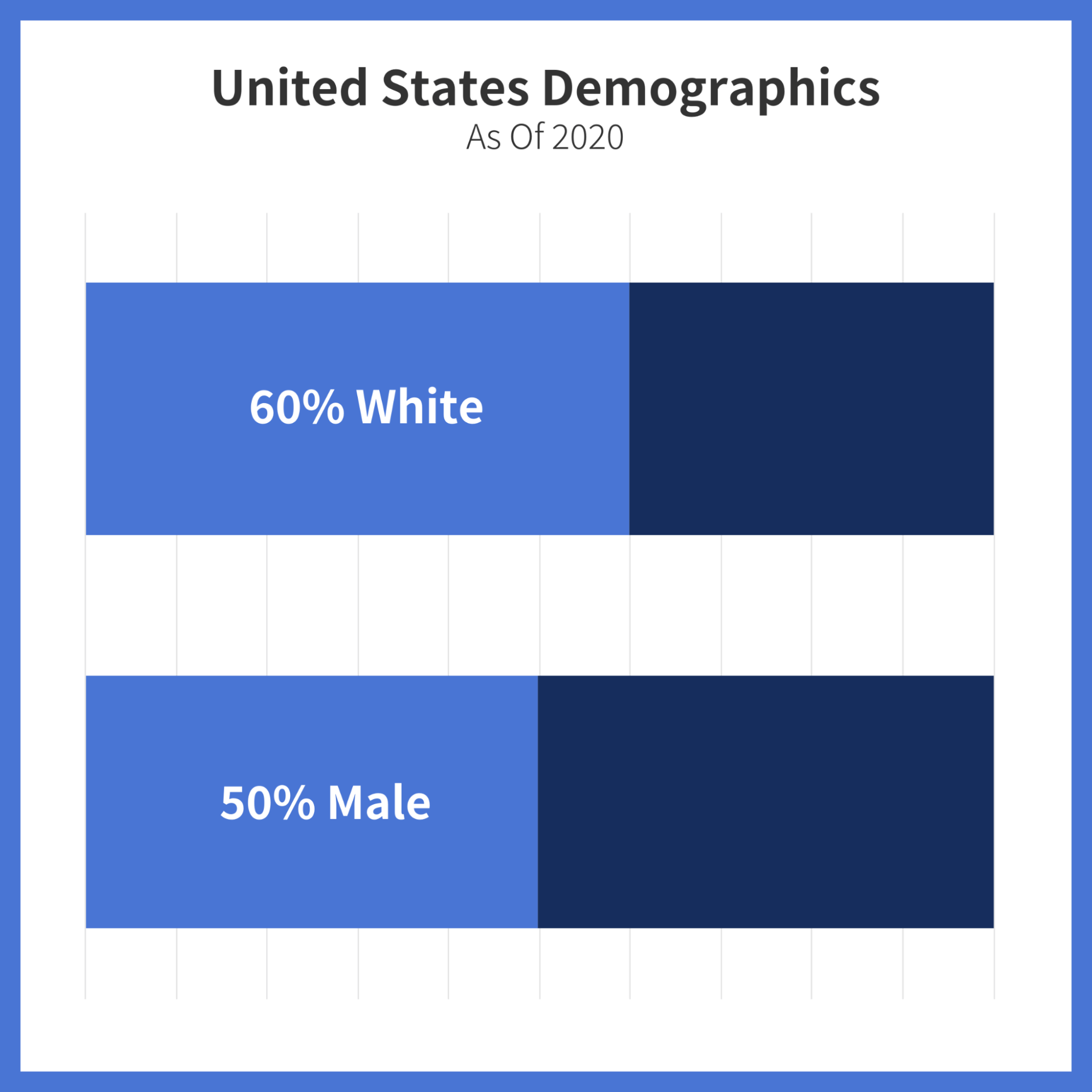 The sad truth is that as heavily disproportionate these numbers are, they are still an improvement from Hollywood even 5 years ago.

Moving down from senior management are unit heads (responsible for casting), who are 86% White, and 69% male—a slight improvement.

About 3 out of 10 lead actors in films are people of color and only 44% of all lead actors are women. 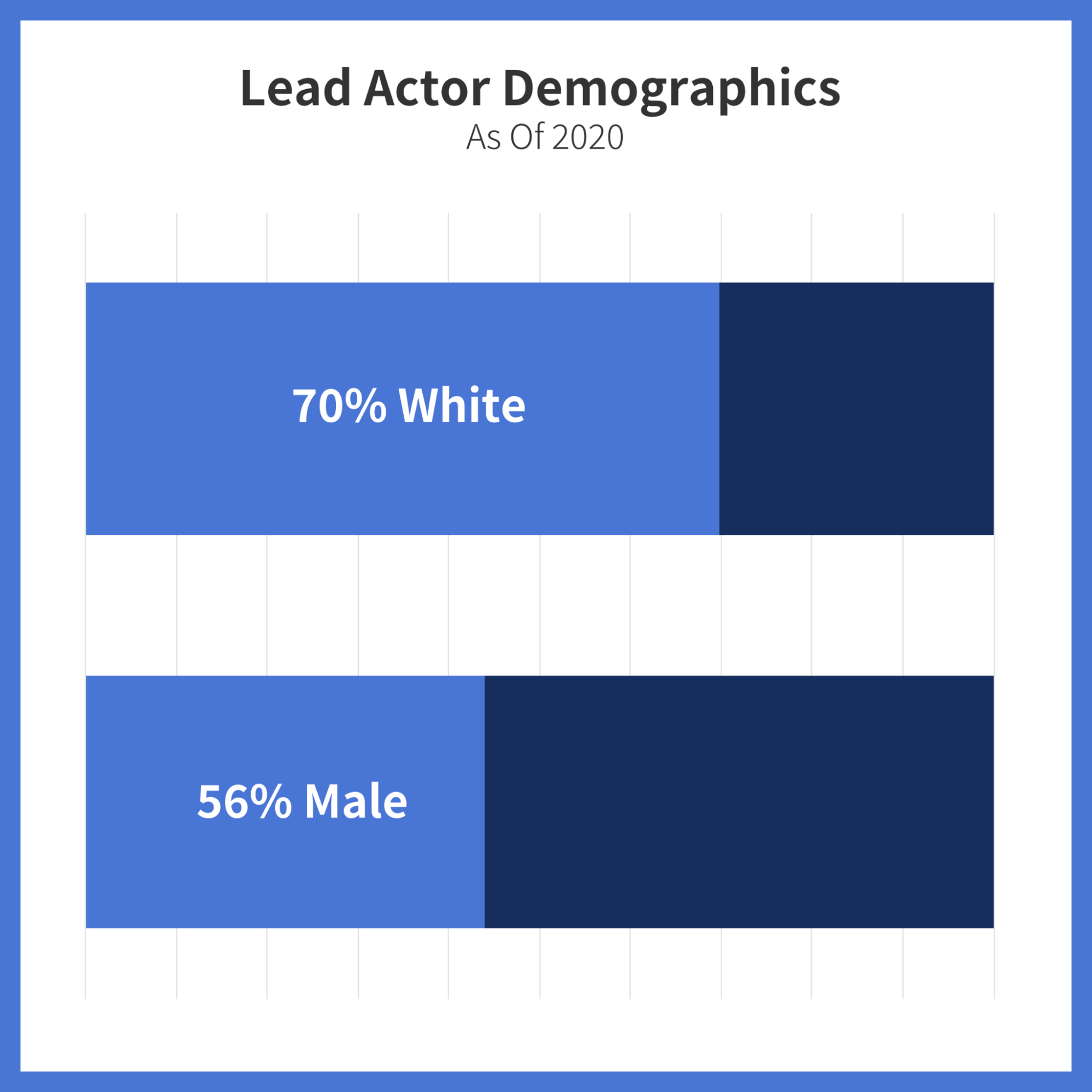 Hollywood is catching on to how diversity sells, and minority and female roles have been gradually increasing. 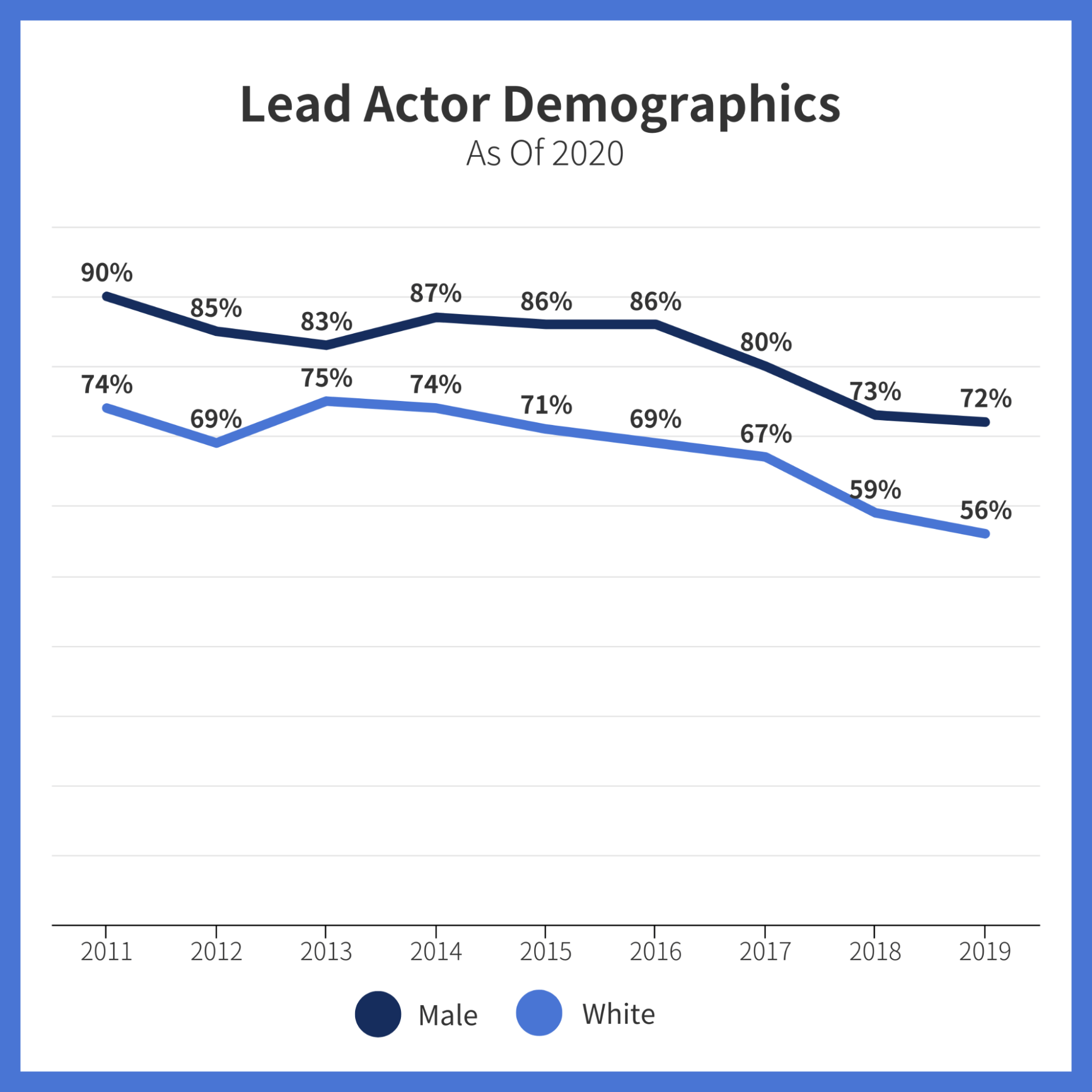 Women took 44.1% of leads in top films in 2019, almost eradicating the gender gap. However, Black, Latinx, and Native women are underrepresented.

On the other hand, lead roles for Asians and multiracial women were either equal to males, or rose above the proportionate representations in these roles.

In 2019, in order to have proportionate representation to the US population, people of color would have to almost triple in being directors. Only 15.1% of film directors were people of color, and this number actually declined from 19.3% in 2018. 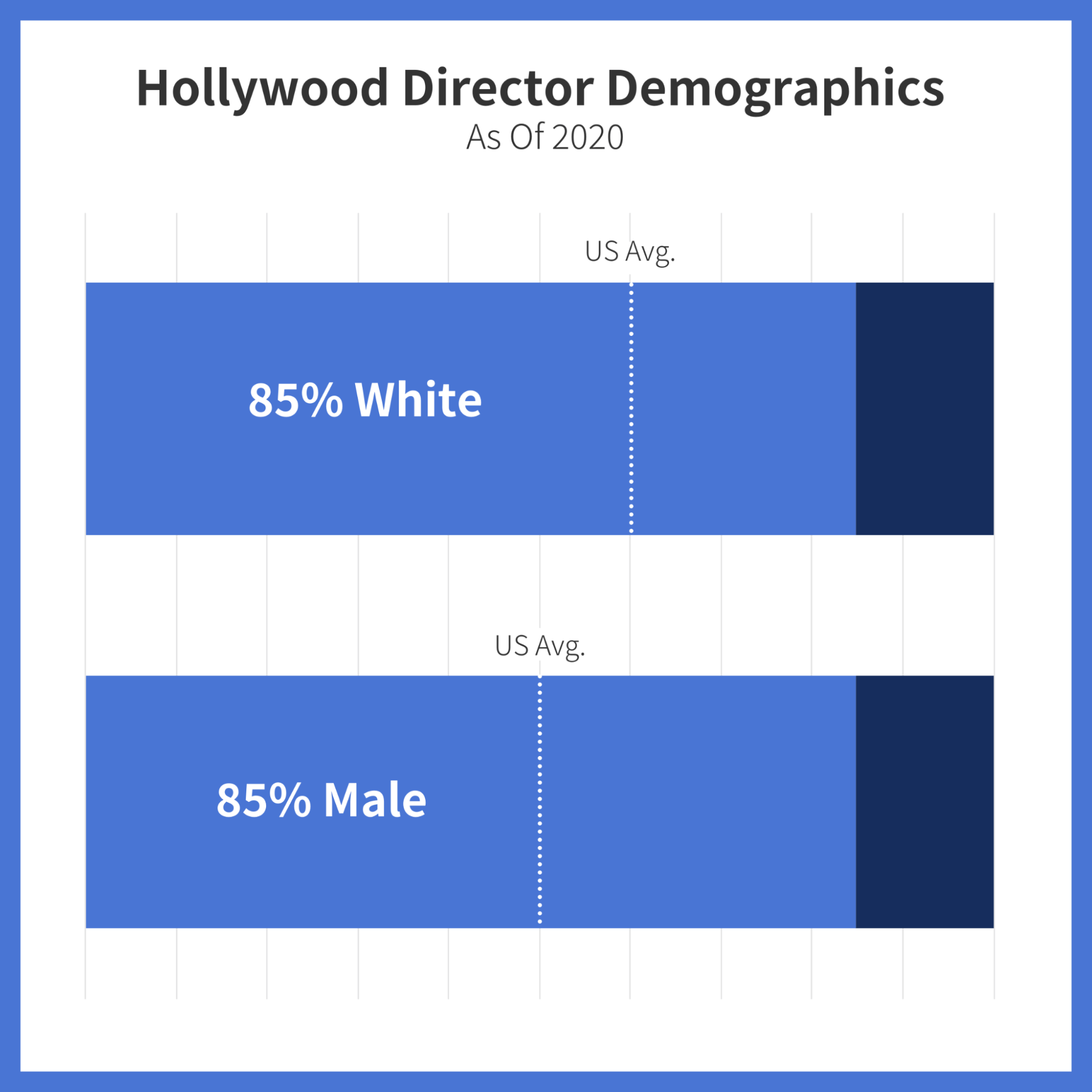 The numbers are even worse for writers, with people of color only representing 1.4 out of 10 film writers.

Hollywood is casting more people of color and women, but off-camera, there isn’t much diversity in those making the executive decisions for weighing what stories matter.