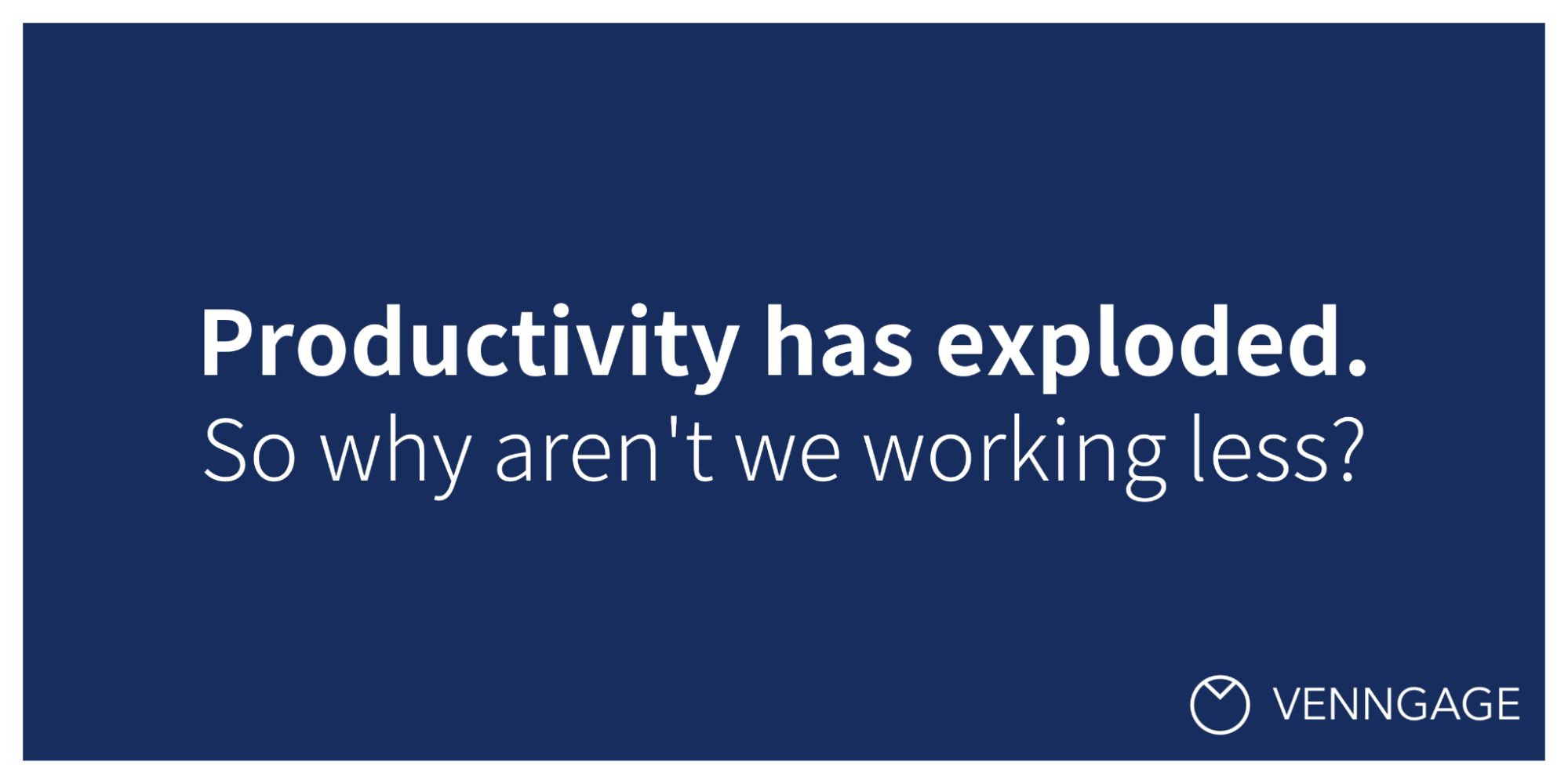 As productivity has increased in many developed countries, the hours its citizens spend working has not really changed.

One way to right that imbalance could be to move to a four-day workweek or break out of the traditional 9 to 5 schedule.

That might sound crazy to some people, but once you look at the stats below it becomes a lot more feasible.

Especially because some countries, like Germany, have seemed to have figured it all out.

So let’s get into it!

With advances in tech, automation and other inventions, our productivity in the United States has exploded since the 1950s.

Labor productivity is calculated by taking the GDP of a country and dividing it by the working hours of that country. It’s basically how much a country gets per hour of work its citizens perform. 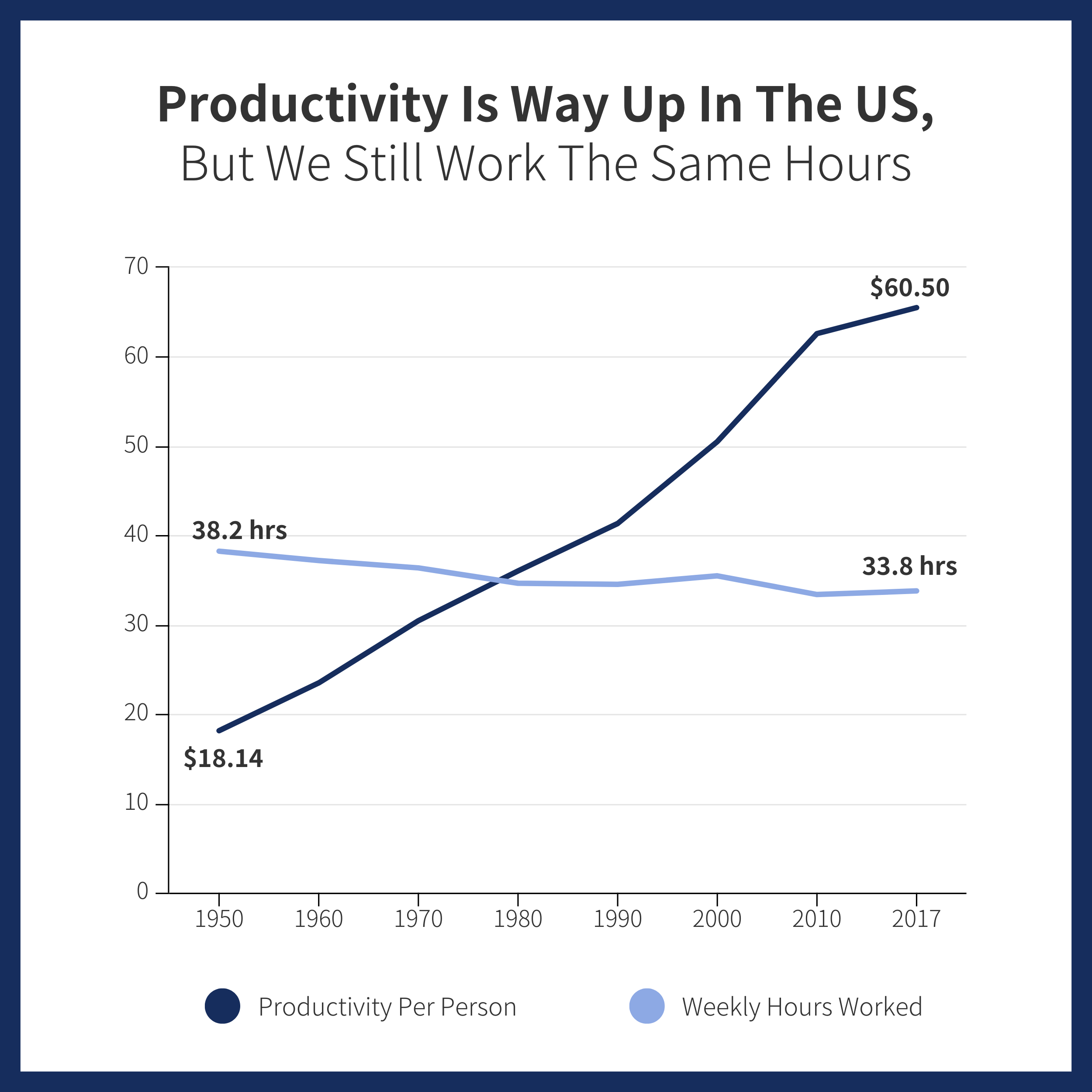 That means that in about 60 years we have seen our average productivity increase over 261%. For a developed country that is a huge jump.

All of this is great, but since that same point in time, the average working hours have only dropped 11%.

From 1950 to the present the average working week has only decreased about five hours. As productivity doubled we should really be working half as many hours. 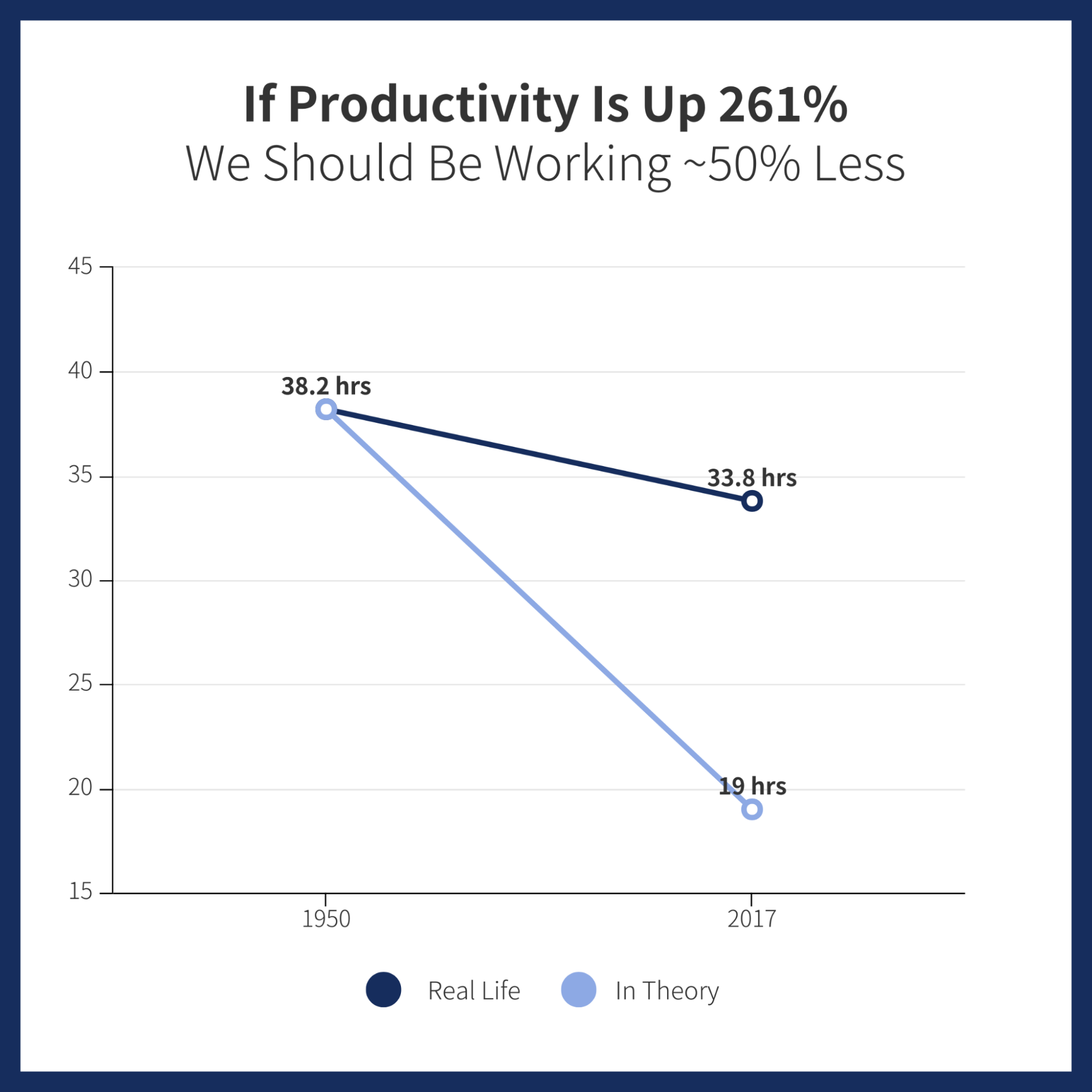 So instead of working 33 hours, we should be working 19 hours per week. Or less than half of what most people do at their 9-5 jobs.

Germany is one of the most productive countries in the world, only coming behind a few like Ireland, Norway and Switzerland as of 2018. 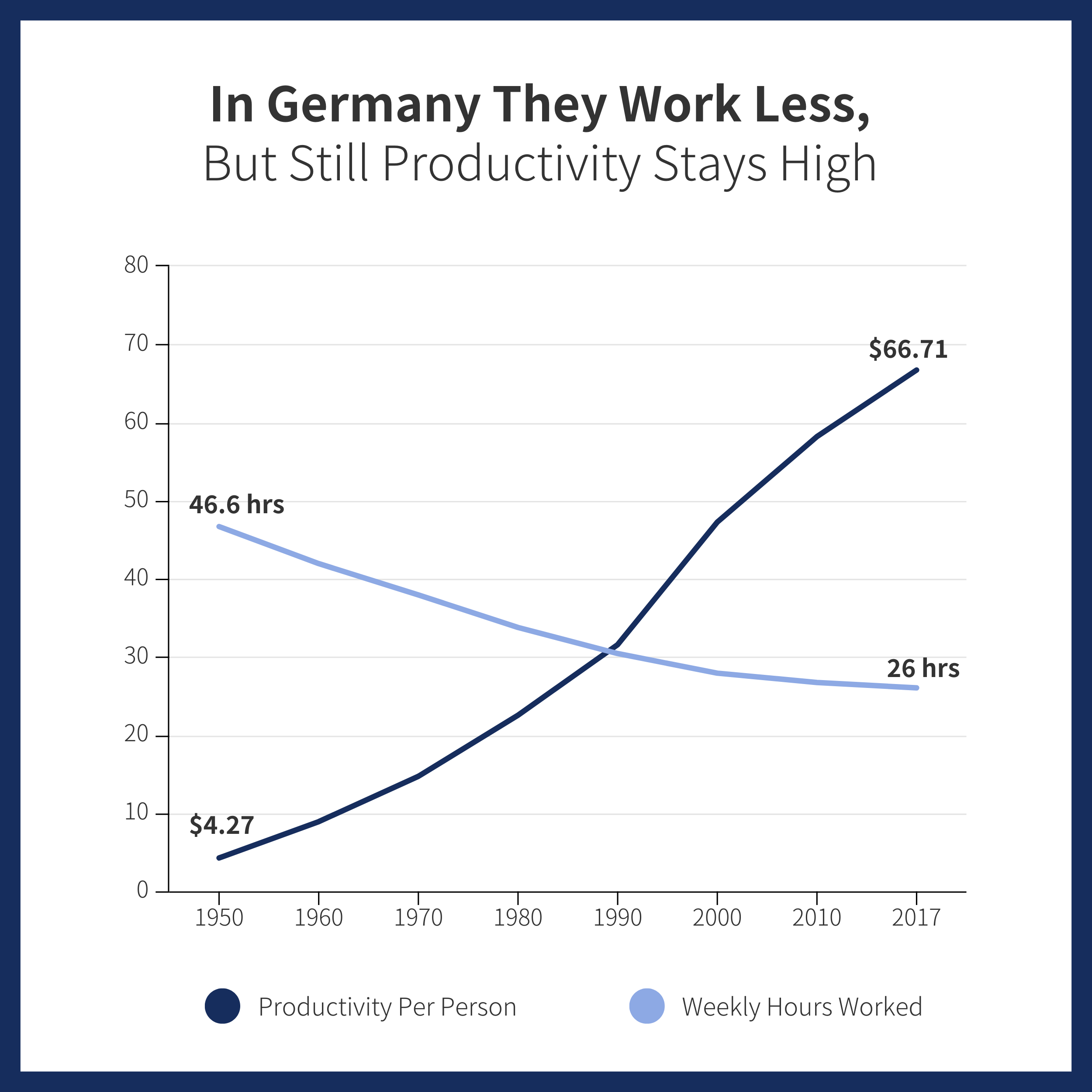 The graph above is what the United States graph from earlier should look like. As productivity goes up, working hours should go down.

Now a lot of that growth probably had to do with reconstruction after the war, but they have kept a high growth for a long time. 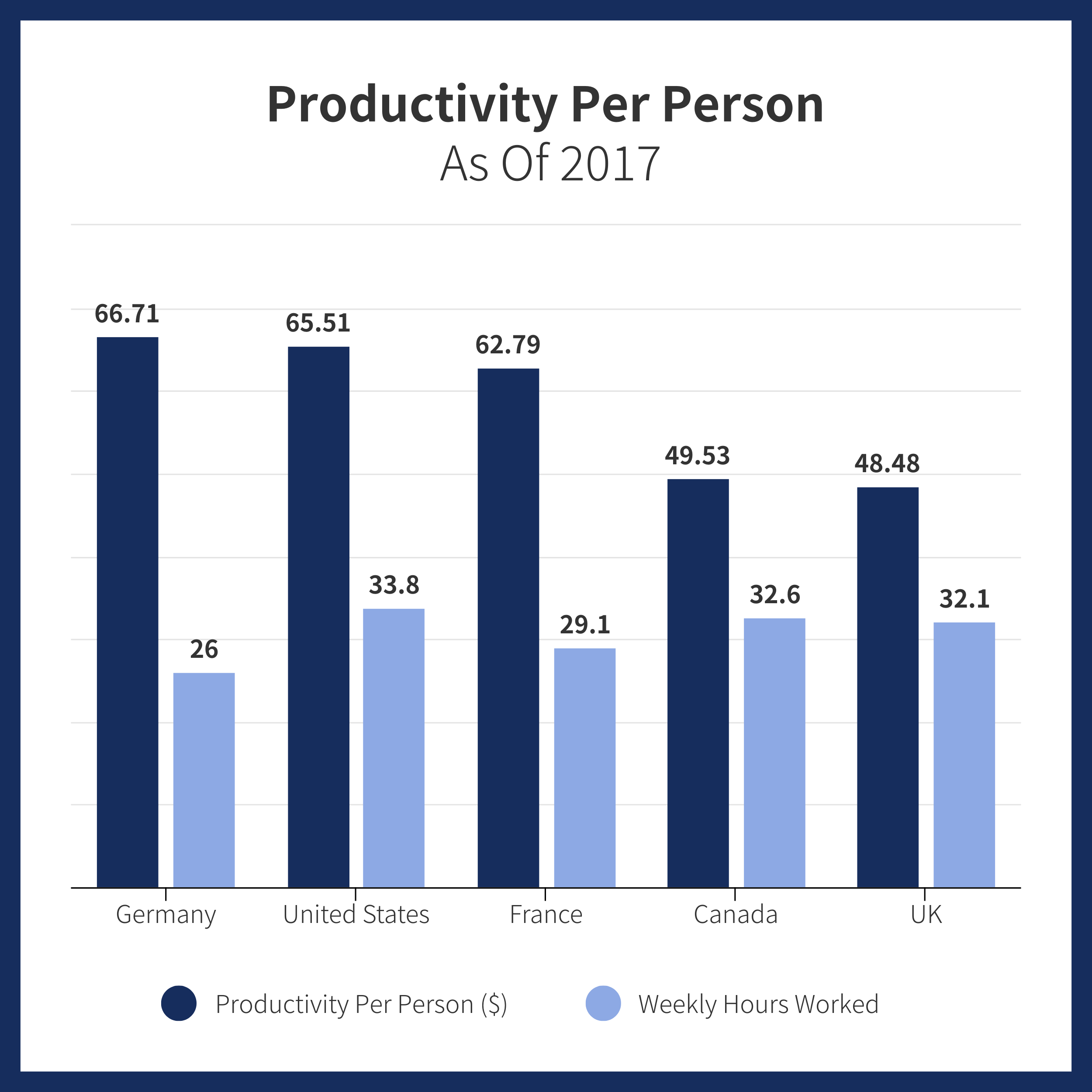 When you look at more recent stats, like from 1975, the economic growth rate is just as impressive, with Germany growing at 255% compared to 93% growth from the US.

One thing that might be driving down the number of hours worked per week in some of these countries is their vacation time.

Out of all the G7 countries, the United States has the lowest number of vacation and holiday days per worker each year at a measly 20 days. 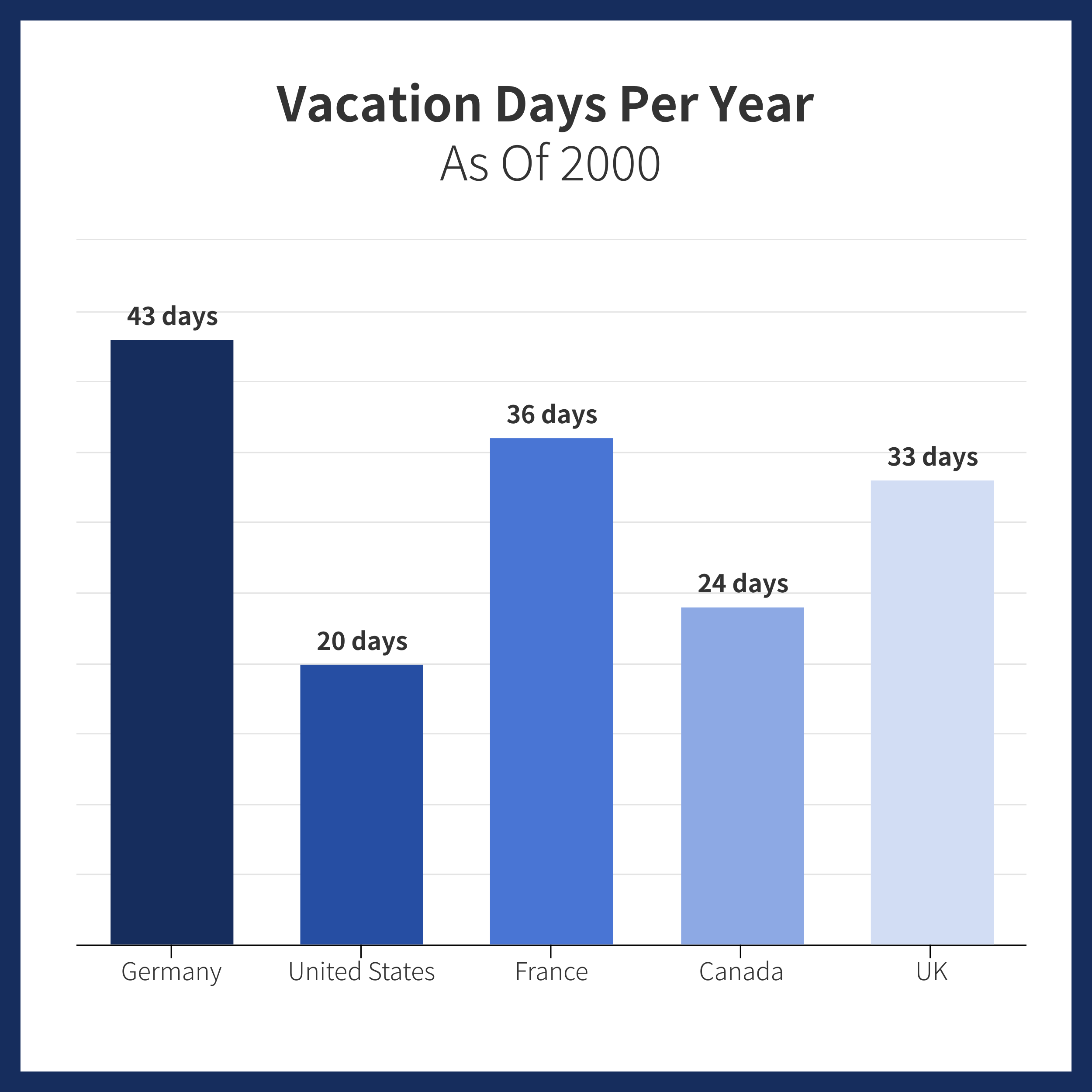 As you can see, German workers have more than double that at 43 days. A lot of other European countries have between 30 and 40 days per year as well.

To put that in perspective, US workers get about 4 work weeks off per year for vacations and holidays. That comes down to about 7% of the total work year.

But Germans get nearly 9 weeks off, or about 18% of the entire work year.

As we have seen in the previous sections, it doesn’t seem to have affected their productivity or economic output in the slightest.

Additionally, the United States seems to be the only G7 country that is trending down significantly in the number of vacation days per year. With 23 days taken in 1990, and only 20 in the 2000s.

So as you can see, other countries are just as productive as the United States but aren’t overworking.

And maybe some people won’t think a 4-day-work week is so crazy after reading this.